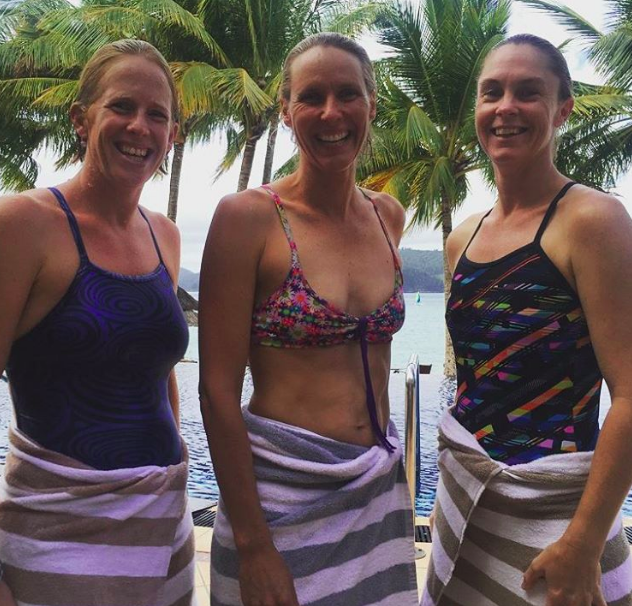 Andre Slade of OceanFit compiled the results of his annual survey in order to find out what makes open water swimmers tick.

Nicole Logan won last year and had an awesome time on Hamilton Island.

Our survey results are fed this information back to ocean swim organisers to help them deliver even better events. In 2015, 850 people participated in the survey.

Paul and Jenine Leskovec completed this year’s survey and won the $2,000 experience for two on Hamilton Island to participate in the Whitehaven Beach Ocean Swim. There was also $2,500 in other prizes awarded to 30 [other] winners.* The major prize includes flights for two adults, two nights accommodation, island activities, entry to the ocean swim, and a meet-and-greet with the event ambassador.”

Slade summarized the results of the survey that were collected from 988 people, “The ocean swimming community is overwhelmingly favour a 2 km journey swim, think $30-40 is a fair price to pay for entry, and want organisers to focus on providing highly visible swim buoys, low water safety-to-swimmer ratios, and fast access to swim times and results.

There were some really interesting insights for swimmers and organisers. Here is a little snapshot:

* When it comes to a memorable swim, the course layout and water safety are far and away the major indicators. Organisers need to focus on a very well-marked course, and plenty of courteous water safety.
*Of all the things a swim organiser can put on for the event, it seems having the swim timed and results posted quickly will make swimmers the most happy.
* Only 11% of swimmers are actually out to win in any way at a swim, the rest just swim for fun and to beat their own personal goals.
* It looks like swimmers have deeper pockets this year, with 75% of people happy to pay over $30 for a swim, compared to only 52% last year.
* 50% of participants train by themselves in preparation for their very first ocean swim, with 5% saying they didn’t train at all – wouldn’t that be nice.
* The bell-curve continues for favoured swim distance, with 11% favouriting the 1 km distance, 30% the 2 km and 8% the 3 km. The was a much stronger push for longer swims this year, with a big call going out for 5 km and 10 km swims to be added to the calendar.
* There is often talk about the starting system employed by organisers, however, the people have spoken and they prefer it just the way it is – with individual age group and gender waves. To balance this, the suggestion was to also have an elite category for the 11% of swimmers looking to win their age group or overall.
* When it comes to sharks, only 17% of swimmers have decided against entering an ocean swim because of the perceived threat of them – that’s good news! Most people are rational and understand that we’re swimming in their domain. The concern seems to be minimised by all the swimmers and water safety around.

Nicola Logan is shown on left in the photo above with Australian Olympian Susie O’Neill (middle) at the 2015 Whitehaven Beach Ocean Swim.