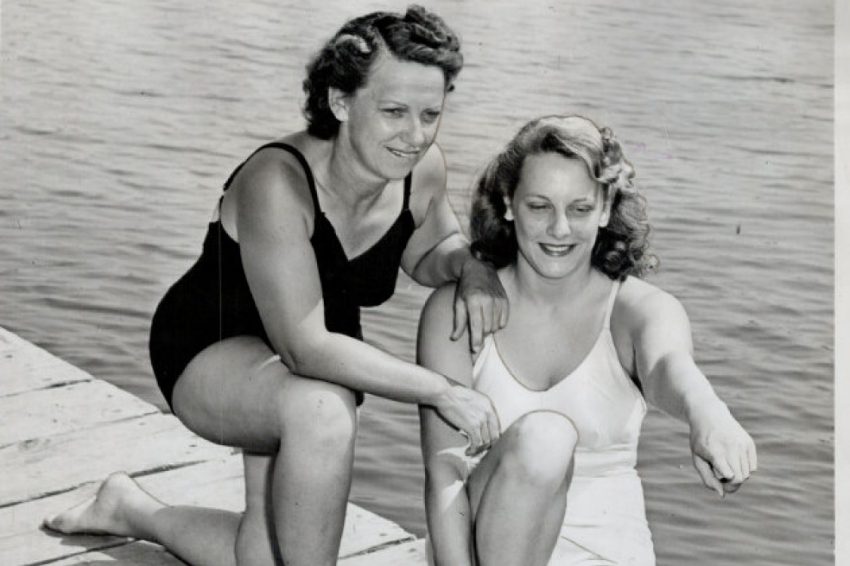 The mentors range from youngish to older who share their knowledge and passion of the open water with like-minded swimmers.

May Looney, shown above giving advice to niece Bernice Looney who won her debut in the 1947 Canadian National Exhibit one-mile amateur race, was an example of this traditional mentoring.

Looney was inducted in the International Marathon Swimming Hall of Fame in 1984 as an Honour Swimmer for her exceptional career during the 1930’s Great Depression era through the late 1940’s. Looney won the 1934 Canadian National Exhibition 5-mile race and participated in several 5-10 mile Canadian National Exhibition marathon swims between 1930-1937 and 1947-1948* when it was considered the premier marathon swimming event for women of that era.