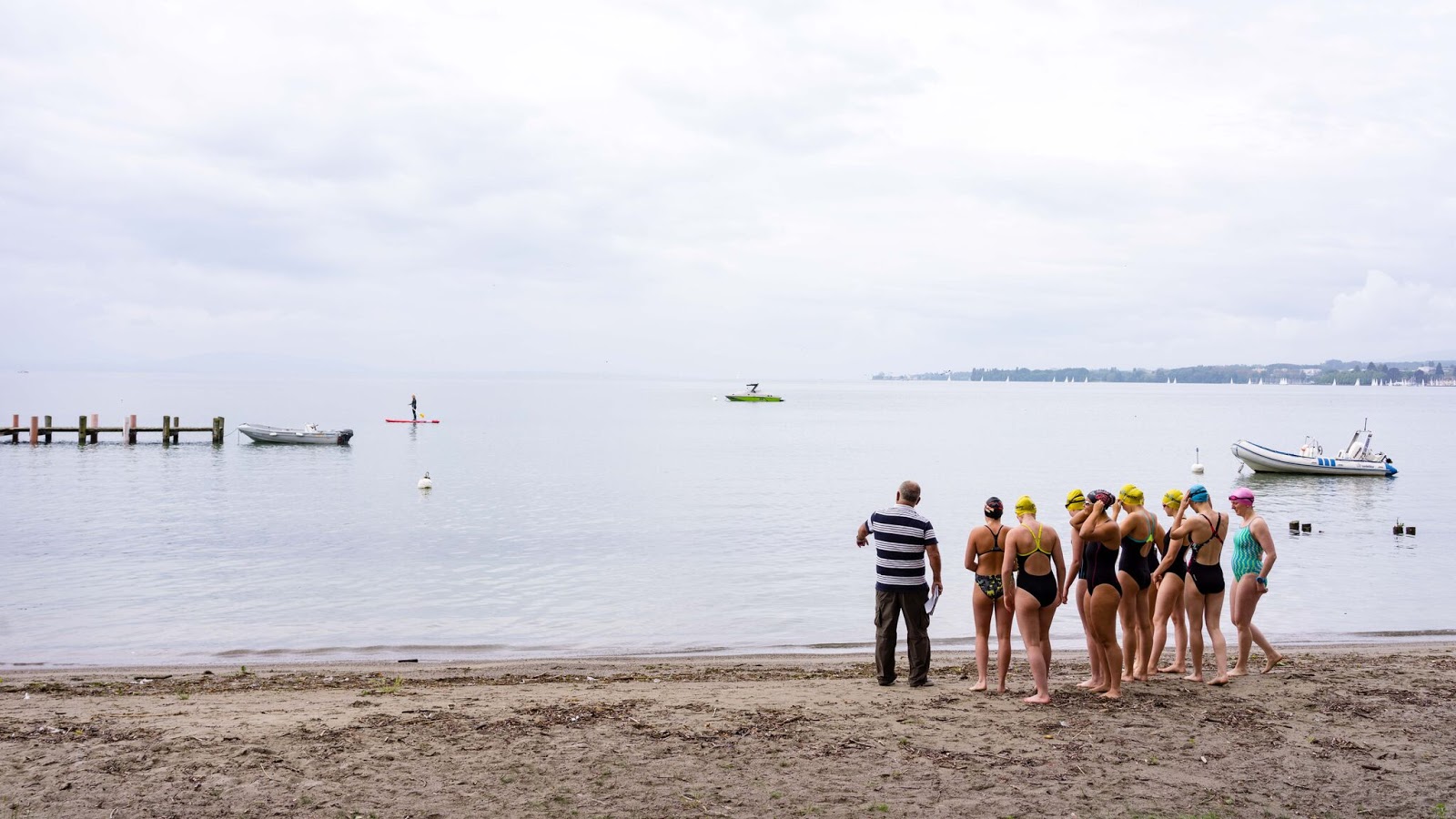 Kevin Murphy at Lake Geneva with a Swiss girls team who are currently planning an 8-person relay the length of Lake Geneva later this month. 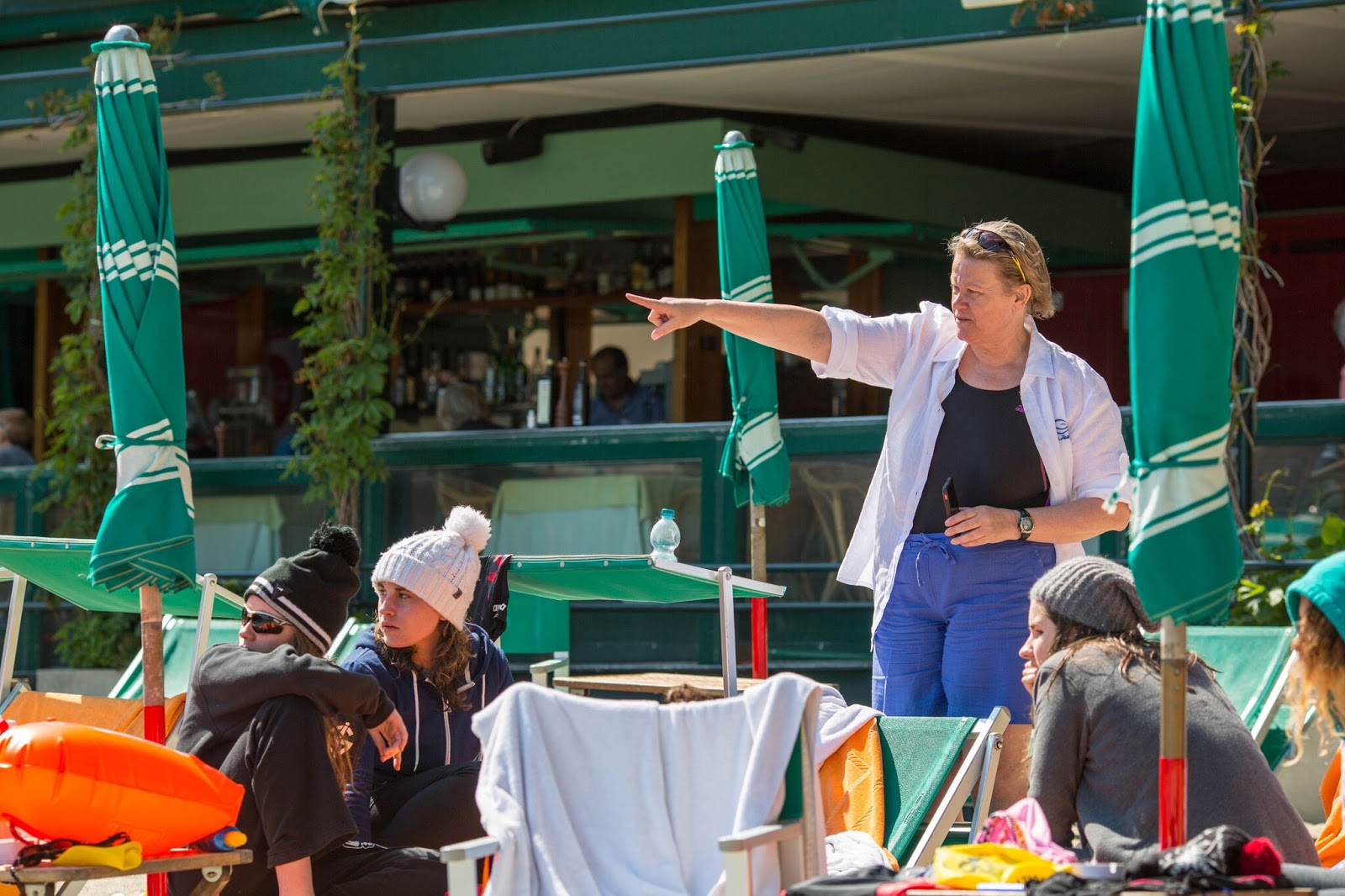 Kathy Batts in Italy instructing a team of 16-year-old Swiss girls who eventually comprised of two 4-person relay teams, both of which successfully swum the English Channel this August. 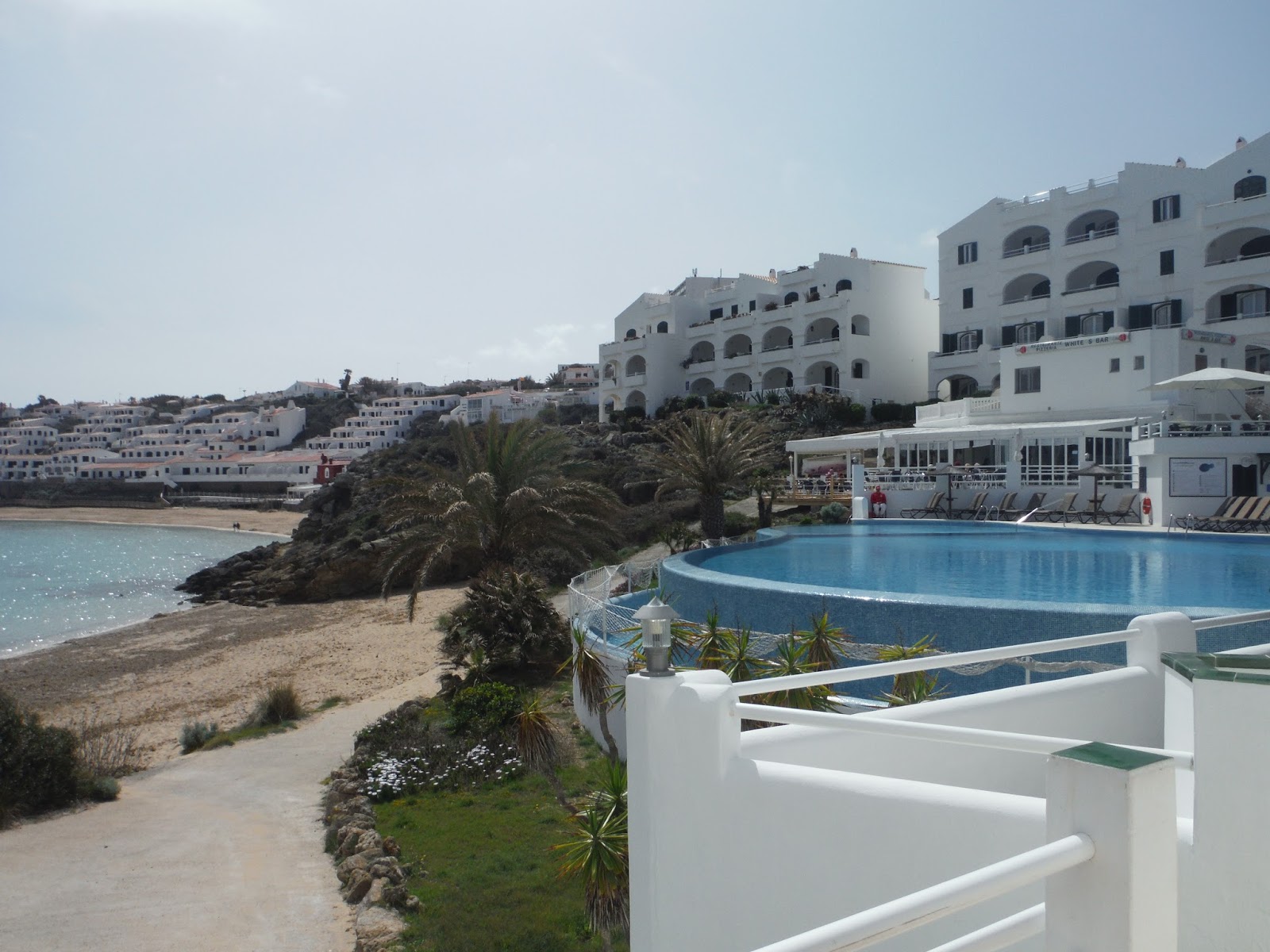 White Sands resort at Arenal d’en Castell where the swimmers of The Kings Swimmers’ Swim Camps on the Spanish island of Menorca from October 29th to November 3rd will stay.

Ian Muir, another guide for The Kings Swimmers’ Swim Camps is shown below checking the course for Kathy Batts’ Loch Lomond swim in August. 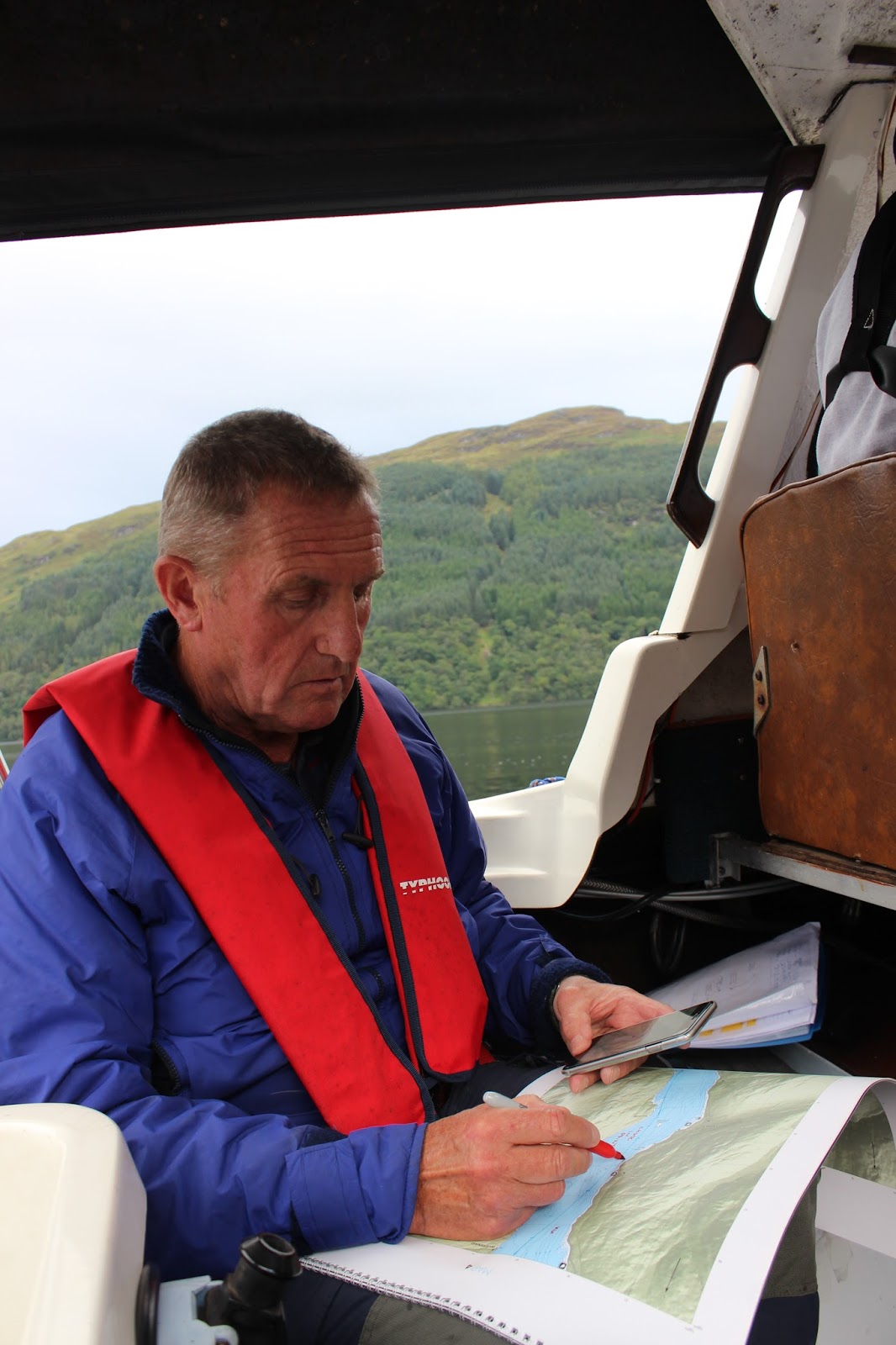 As the coaches and athletes who will participate in The King’s Swimmers swim camp in Menorca, Spain continue their preparations for the camp in October and November, it is interesting to see the personal connections between its coaches.

Ian Muir (3 solo English Channel swims) and Kathy Batts (1 English Channel solo, 16 Channel relays, Round Manhattan, Loch Lomond) met in the open air pool at Gravesend and Northfleet Swimming Club in England. They both went on to compete for the same lifesaving teams at the club, county, regional and national level competitions.

Batts’ father, Wilf, was Murphy’s coach when he was training for his three-way English Channel attempt. Murphy subsequently went on to help coach Batts for her own solo Channel swim, and on her Round the Isle of Wight relay and solo Manhattan Island circumnavigation swims.

From my own point of view, I feel that endurance swimming has been a major part of my life. It has given me a great deal in terms of adventure, achievement, and self-fulfillment. Now that my swimming has been somewhat curtailed by injury – but I will recover and I will return – I’d like to give back to the sport something of what it has given me.

Truth be told I also harbour an ambition to be become the grand old man of Channel swimming.”