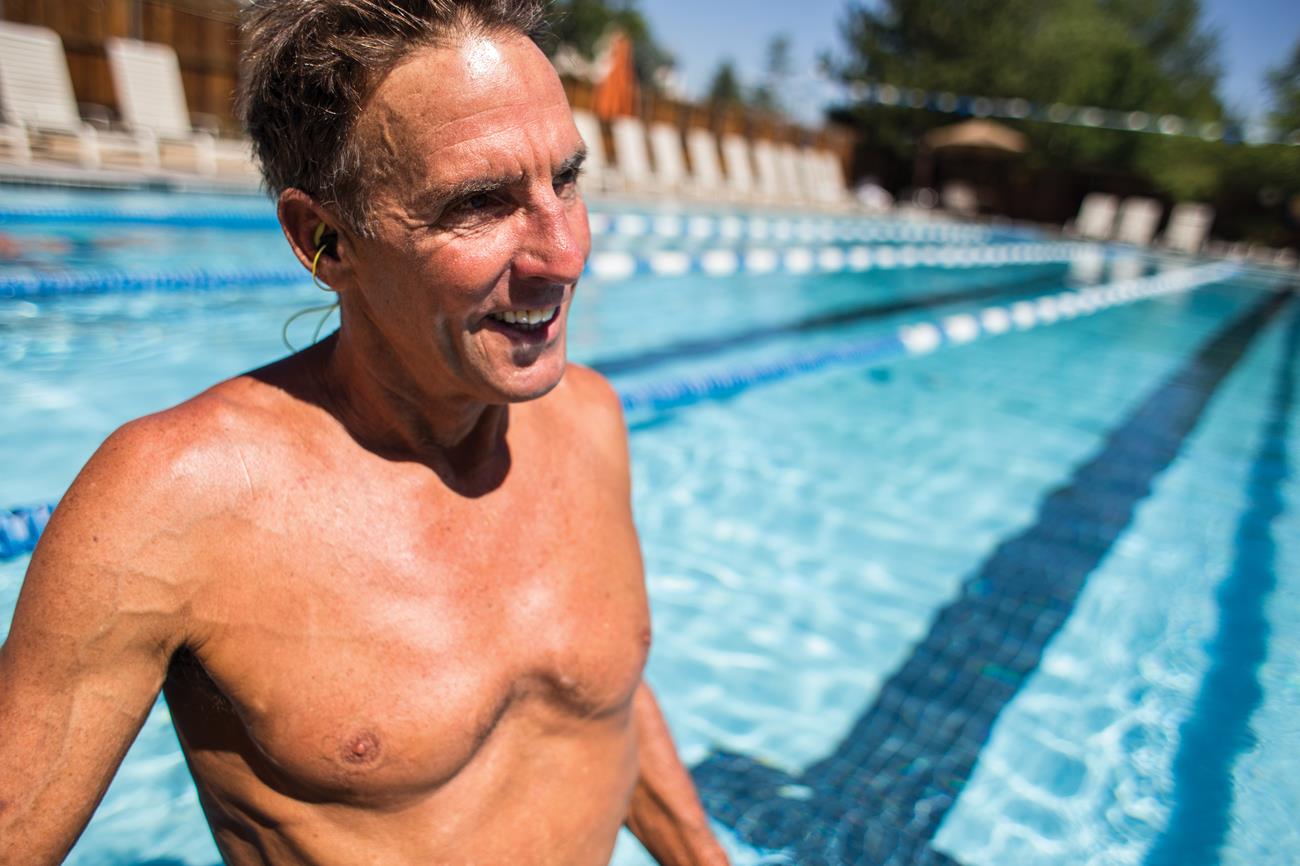 One of the most influential individuals in history who motivated many to enter the open water is Dave Scott, the six-time Hawaii Ironman champion.

Literally, millions of athletes of all ages have turned to the sport of triathlon and, therefore, the open water to compete in part because of the athleticism and magnetism of Scott.

A former water polo player and a two-time winner of the Waikiki Roughwater Swim (in 1978 and 1979), Scott’s remarkable run at the Hawaii Ironman World Championships through the 1980s earned him international fame. Known as ‘The Man‘ for his intense training regimens, his approach to the Ironman changed the swim-bike-run endurance event into a competitive race.

After a long career competing in the Ironman World Championships from 1980 until 2001, when he culminated his career at the age of 47, Scott works as a triathlon coach and consultant, training everyone from beginner to elite-level triathletes all over the world. One of his strengths is building up his swimming experience and helping triathletes refine their swimming technique so that they can unlock their potential for the entire race.

“I personally love FINIS products because they consistently create tools that truly help swimmers, “ says Scott. “I believe that the swimming leg of the race is key in a successful performance. Using FINIS training products, athletes are able to improve technique and build strength for a faster swim.”

FINIS and Scott plan to educate triathletes on how to improve their technique and maximize their swim by utilizing FINIS equipment.

“Dave Scott is the man when it comes to triathlon and we are so excited to be working together to help triathletes find their breakthrough moment in the water,” said FINIS co-founder John Mix.