Skip to content
Previous Next
Gerrrrrrr, Ice Sevens Do It In The ICE 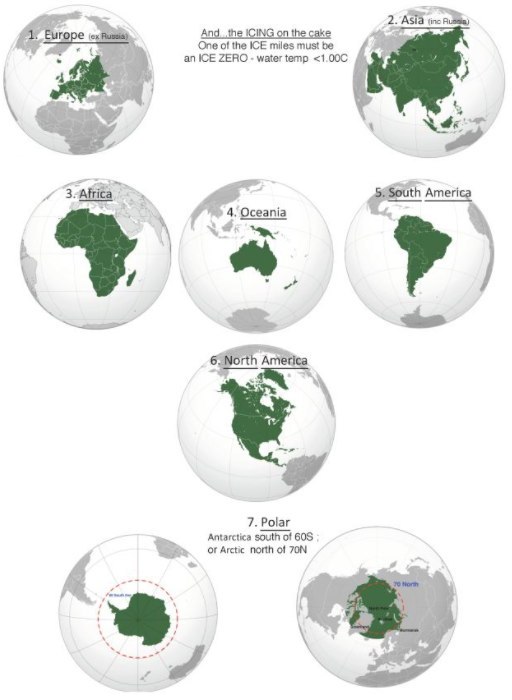 Conceived Ger Kennedy, a swimmer must complete an Ice Mile under standard ice swimming rules (i.e., no wetsuit and no neoprene hat) in seven different locations around the globe.

Each of the seven ice swims must be ratified or recognized by the International Ice Swimming Association:

The official announcement is posted on the International Ice Swimming Association website here. Founder Ram Barkai describes the reason for the challenge, “One of the main reason for the ICE 7s was to introduce a global challenge and encourage ICE Milers to travel and break the ICE all over the world. Not only in their frozen backyards. The ICE bring people together…and bond-freeze them for life.”

Co-creator Kennedy lives and swims in the ice. This year, he not only came up with the Ice Sevens concept and competed in the 2016 Winter World Swimming Championships in Tyumen, Russia and Big Chill Swim in Windermere, England, but he also completed a 52m Under Ice Swimming challenge in water -1ºC (30.2ºF) in the Lena River in Yakutsk, Russia [see video below] and completed a 60-minute Ice Bath Challenge in Dublin, Ireland.

Kennedy was nominated for the 2016 World Open Water Swimming Man of the Year among the following inspirational individuals: