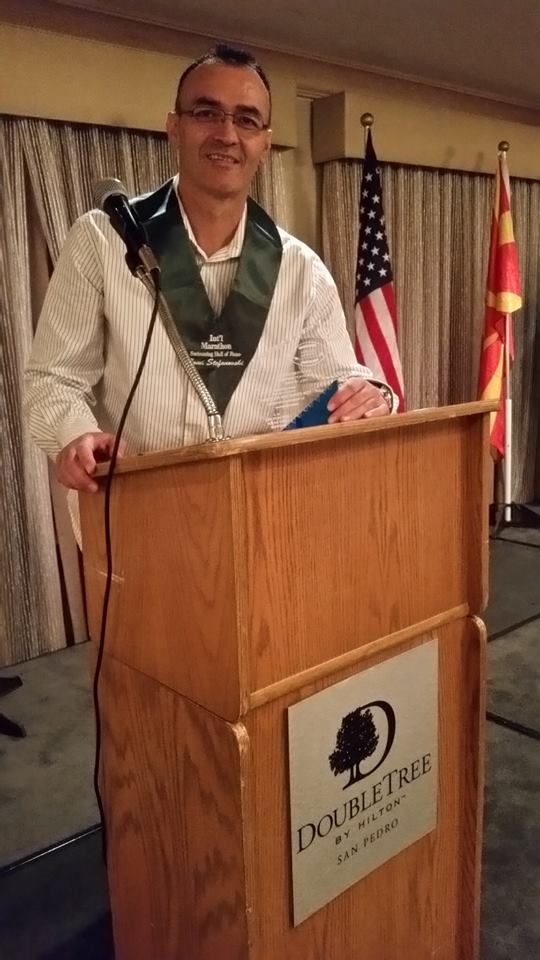 Tomi Stefanovski was honored by the International Marathon Swimming Hall of Fame this weekend when he was formally inducted as an Honour Swimmer of the Class of 2016.

The former water polo player and professional marathon swimmer was also recognized by his government representatives as he is the first and only athlete from Macedonia who was so honored by the Hall of Fame.

He is also concurrently nominated for the World Open Water Swimming Man of the Year, a similar honor that he also received in 2014.

The nominees for the 2016 World Open Water Swimming Man of the Year include the following inspirational individuals:

To vote for the WOWSA Awards, visit here.