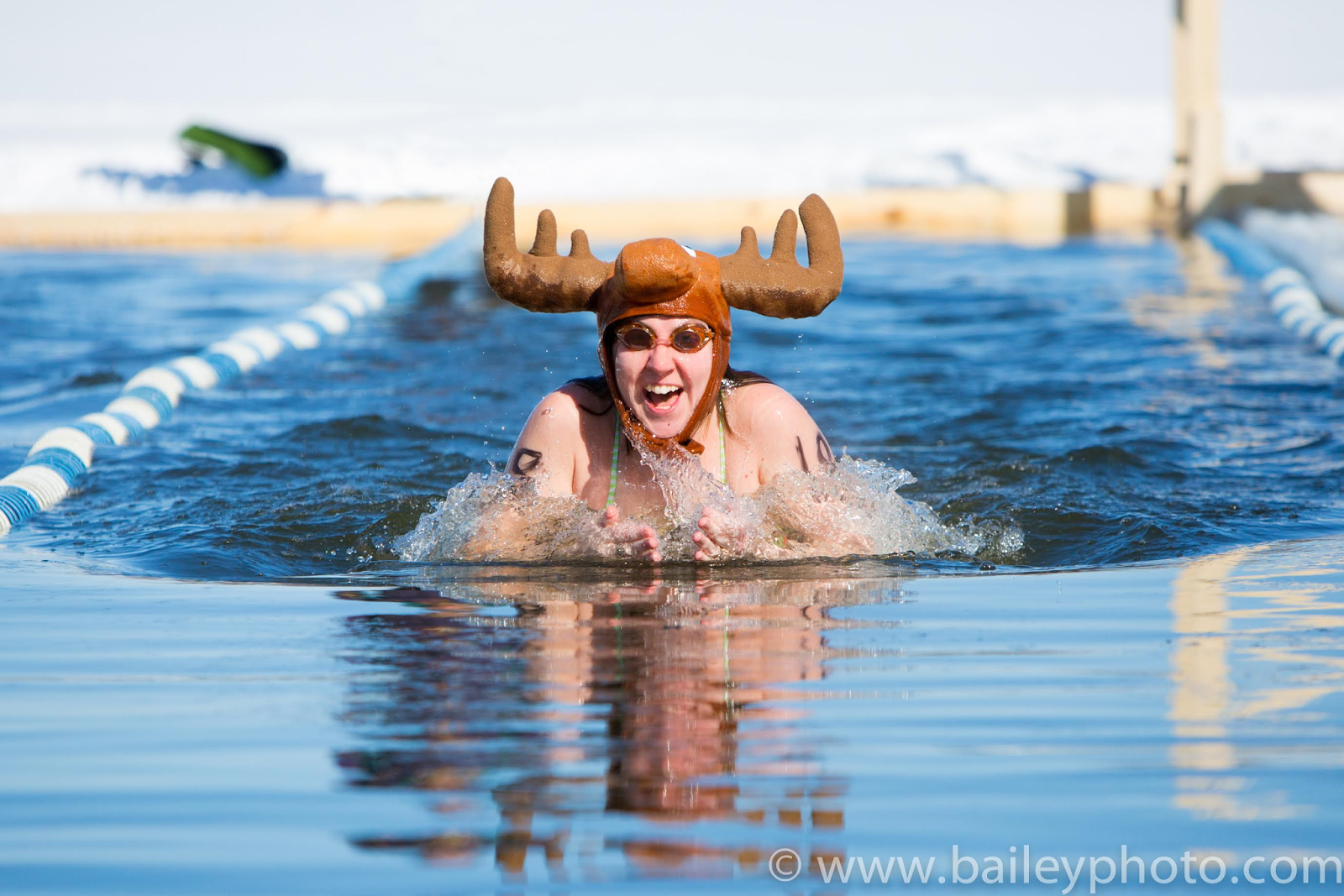 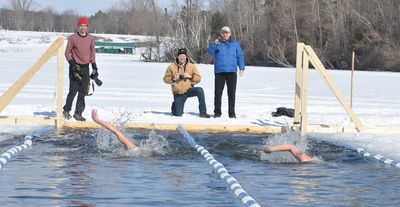 “The ice watch has begun in earnest on Lake Memphremagog as snow begins to accumulate on nearby Jay Peak and Burke Mountain,” reported Phil White of the Northeast Kingdom Open Water Swimming Association.

As in previous years, the Society will cut a 25 meter, two-lane pool in the ice on Lake Memphremagog by the EastSide Restaurant. We will offer 25, 50, 100, and 200 meter swims, led off by the 25-meter breaststroke race and a hat competition. “Barr Hill Vodka shooters will be offered at the end of each day by Caledonia Spirits with a Seafood Buffet Saturday night at the EastSide and a Welcome Dinner at the Ciderhouse Bar & Grill on Friday night before the swimming begins,” says White.