Skip to content
A Rising Tide Lifts All Boats 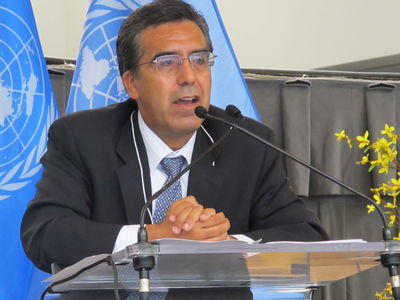 A Rising Tide Lifts All Boats

“It is very easy to be uplifted and inspired by those in the open water swimming community,” says Steven Munatones.

“There are simply so many heroes and heroines in the sport, all specializing in every kind of niche in the sport. Some are fast like the Dutch swimmers Ferry Weertman and Sharon van Rouwendaal, the Olympic champions. Some are older and demonstrating what can be done in your 70’s like Otto Thaning, Roger Allsopp and Cyril Baldock.

Some explore the extreme reaches of the earth like Lewis Pugh, Ram Barkai and Ben Lecomte. Some are gifted writers who can explain so well the beauty and challenge of the open water like Lynne Cox and Susan Casey.

Some are gifted speakers like Diana Nyad; some are Renaissance men like Antonio Argüelles; some are towering, natural leaders like Ned Denison; some of creative aquapreneurs like Simon Murie; some of selfless visionaries bringing the open water to people trapped in wheelchairs on land like Bruckner Chase.

There are so many charming, happy, visionary people in the open water world who I get to meet and talk to everyday. They motivate me – and everyone around them – with their charisma and personalities.

But even beyond those who are well-known and impressively accomplished are the numerous masses who venture out past the shorelines of the world’s oceans, seas, lakes, and rivers.

They teach me about different bays, islands, fjords and islands around the world. It is a fascinating geography lesson on where swimmers experience their open water adventures.

I learn about all kinds of marine life from people like Dr. Angel Yanagihara and are enthralled by a colorful telling of history from coaches like Dr. Jane Katz and Siga Rose as well as swimmers like Murray Rose and Greta Andersen.

Each conversation and email exchange is an opportunity to see the world through the eyes and perspectives of others. I have no idea who some ice swimmers tackle such cold water or how some people like Kate Rew or Dr. Stathis Avramidis literally create new niches in the sport through their creativity and boundless energy.

It has been so cool to be on official boats watching Haley Anderson and Keri-Anne Payne as well as escort boats helping Stephen Redmond and Penny Palfrey.

It is a great life to know and to be surrounded by so many – literally – great people. Nothing is more true in our sport than the adage, ‘A rising tide lifts all boats.’”

“For someone like me, there is nothing better than receiving an award with Poseidon in its name. I am humbled and deeply appreciated of the honor.”