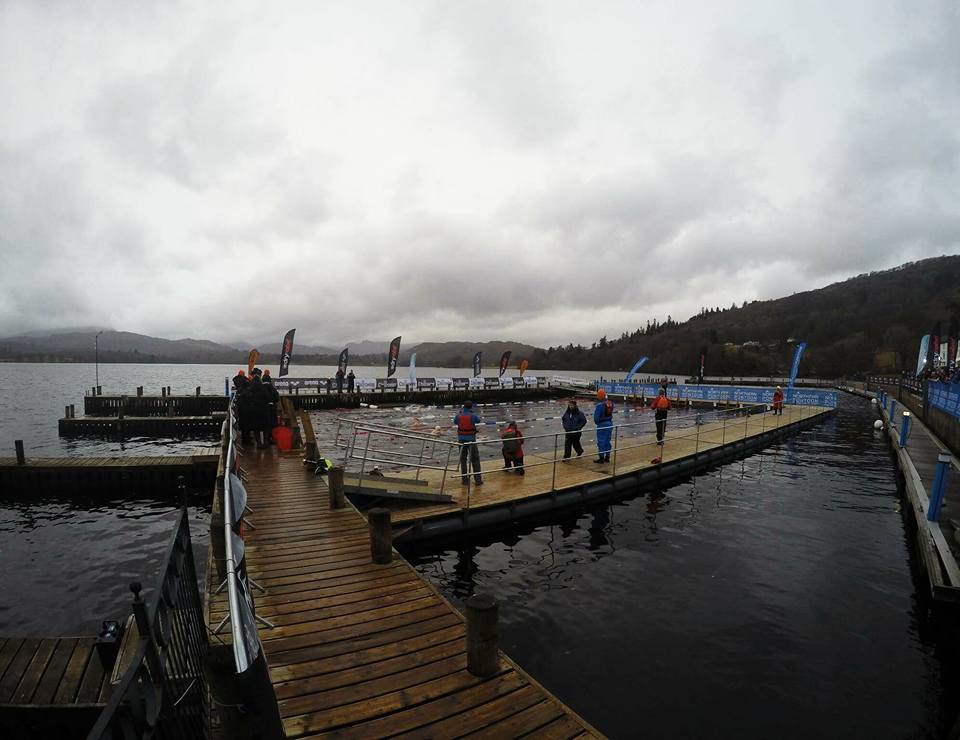 As expected, the 450m endurance event at this year’s Big Chill Swim in Windermere was won by Germany’s Christof Wandratsch.

But the competition in the winter swimming community is heating up. After four consecutive years of winning the 1 km race in England, Wandratsch was defeated by Scotland’s James Leitch who won in 13 minutes 9 seconds.

The race served as the 1 km British Winter Swimming Championship. Finland’s Elina Makinen culminated a very successful weekend on the women’s side of the 1 km race, taking the distance to end the weekend with six gold medals and one silver.

Hosted by Low Wood Bay Resort Hotel & Marina, 1,000 competitors came from around the world to participate in the third stage of the International Winter Swimming Association World Cup series.

Team Viktoria from Russia picked up the gold in the relay, with Shopshire Wild winning plaudits for finishing in 66th place swimming in fancy dress. Makinen emerged victorious in the 120m freestyle, the 60m freestyle, the women’s 30m Ice Fly, and the 240m, 450m and 1 km endurance swims.”

In order to accommodate the growing global interest in his event, Hill said, “The Big Chill Swim at Low Wood Bay is now an established international open water swimming event. It is wonderful to see so many top competitors coming from all over the globe to swim here and compete so strongly against each other – and in such good spirit too.

We are already looking at ways to extend the capacity of the event both in terms of numbers and the variety of racing distances.”

Ben Berry from English Lakes Hotels Resorts & Venues added, “This was a fantastic event organised by Chillswim and a measure of its popularity that so many relay teams came out in force, whether competing at the top level or participating for fun or to raise funds for worthy causes. We’re thrilled that Team Low Wood Bay won the local Cumbria trophy and managed to get on the podium for the overall relay.”