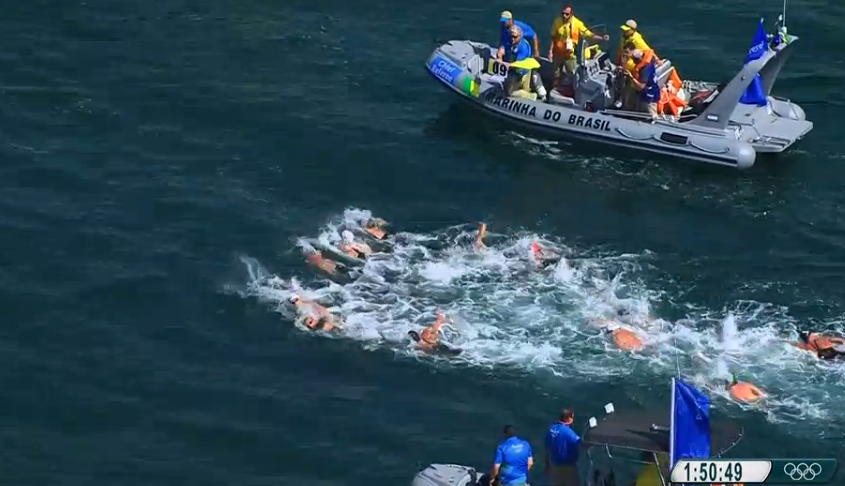 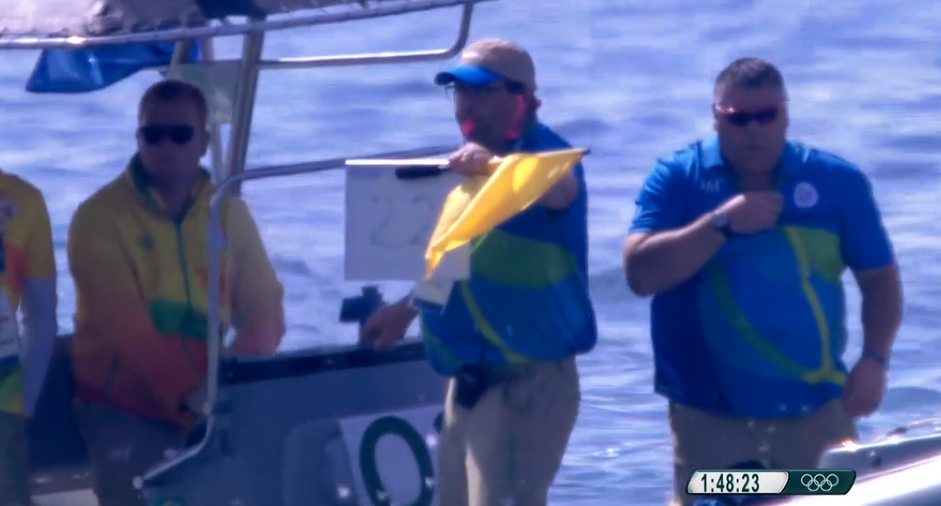 Sid Cassidy, head referee at the Olympic 10K Marathon Swim, stated to Swimming World Magazine, “[Jack] Burnell earned a red card for turning around and punching another swimmer in the head warranting an immediate ejection. Whether or not this was caused by interference does not have a bearing on the disqualification. This was called by my assistant and I upheld it.”

The rest of the story about the final stages of the marathon swim – and the fierce battle between Burnell and defending Olympic champion Ous Mellouli was reported here in Swimming World Magazine.

For more information and comments on the frantic finish, read here (Is Open Water A Bar Brawl Or Swimming With Physicality?) where Burnell was quoted as saying, “In the end apparently I was disqualified, about 2 meters from finish. [My] first yellow card I got was coming down the straight back here – I was second, there was nobody either side of me, and the guy pulls out a yellow card! I couldn’t have physically touched anybody. The yellow card there is meant to be for unnecessary contact. What do you want me to do? I just shook my head at the guy.”

Swimming World Magazine reported that Cassidy and British Swimming officials watched the incident in slow motion after the race was completed and observed that Burnell’s fist did come in contact with Mellouli’s head.