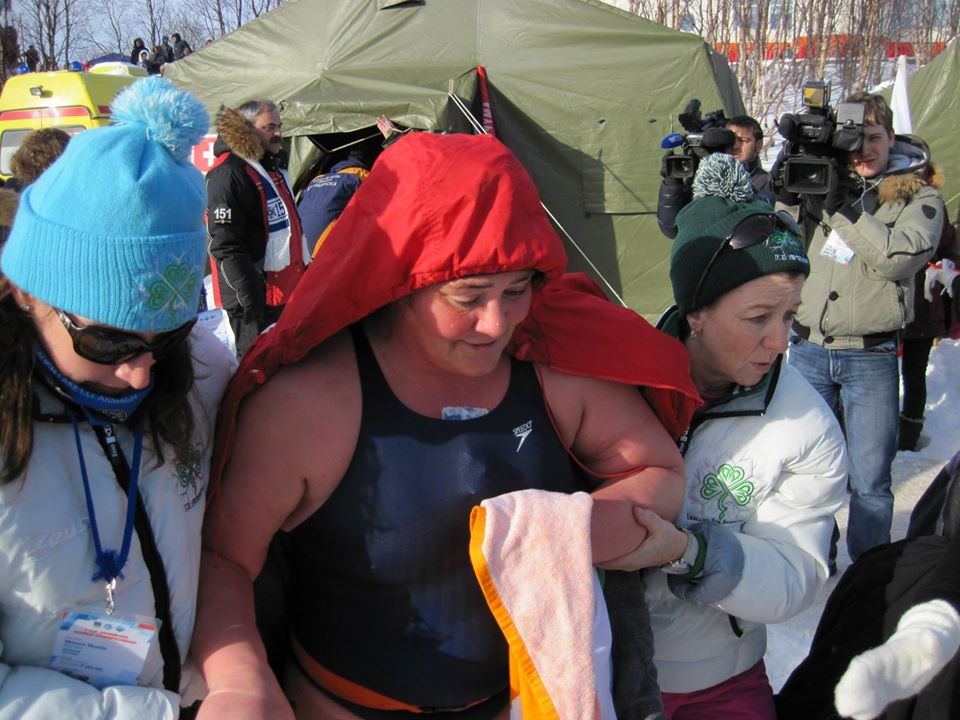 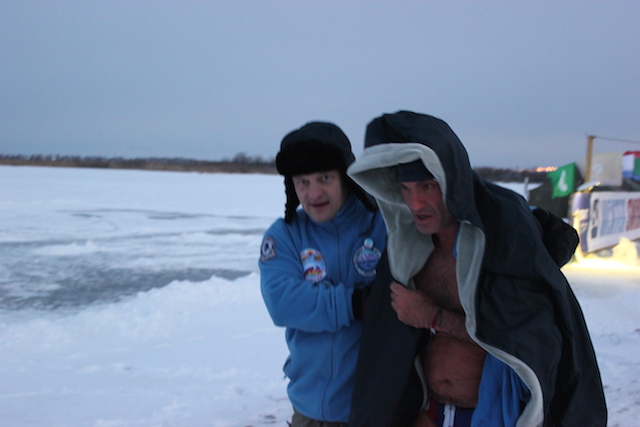 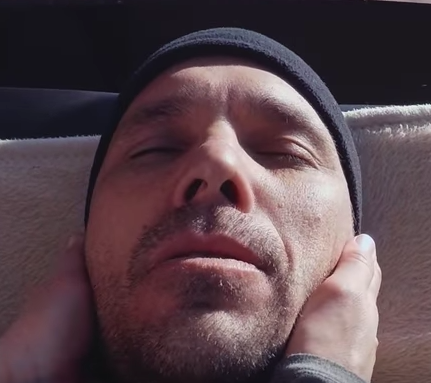 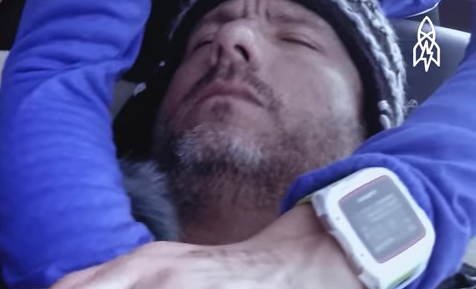 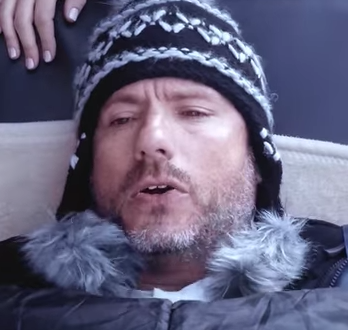 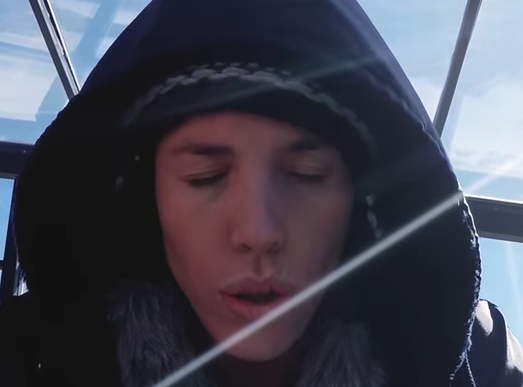 All organisations, groups and teams that are faced with a probability of treating hypothermia should be prepared to apply the best care available and not that which is merely available or assumed sufficient to prevent death.

Over the last few years of dealing with acute hypothermia injuries, I am reminded over and over again that no athlete is immune.

According to physiologist Dr. Gordon Giesbrecht of University of Manitoba’s Laboratory for Exercise and Environmental Medicine, there are many examples of people being taken from cold water immersion in an apparently stable and conscious condition only to experience “a rewarming shock” or post-rescue shock with symptoms ranging from ventricular fibrillation and cardiac arrest.

Dr. Giesbrecht has noted that deaths can occur either before, during or after rescue-known as Circum Rescue Collapse. It was long thought that the after drop with a potential drop of 4-5°C could contribute to the collapse post cold water immersion, but Dr. Giesbrecht discounted this and started to focus on a collapse in arterial pressure blood pressure and inadequate coronary blood flow and the increased sensitivity of a cold heart.

Getting out of ice water after spending 10-20 minutes at 0-5°C and walking to the recovery area to begin the recovery is some of the most challenging moments that exist for swimmers and their teams ever since the 450m/1000m races became more popular events in ice swimming. The recovery presents the greatest risk.

When a swimmer exits the ice water, it was not just a swim because:

1. The swimmer has exposed their body to extreme freezing water and the physiological makeup of the body has changed completely.
2. The work for the team and the recovery unit is challenging for many reasons of laws of physical inevitable consequence.

Collapsing and altered consciousness is something that I have seen many times in the last few years in the recovery area of ice swims. I have witnessed and managed this area 10-15 times in the last few seasons at ice events. Four of these instances were of a serious nature. I felt we were lucky to have positive outcomes. For this reason I think it is important that we begin to start creating procedures and education in this area.

Swimmers should not be allowed to assist in their own recovery.

Both the afterdrop and the area of Circum Rescue Collapse are vital to understand. In my experience, Post Rescue Collapse has a greater role to play with the movement of the swimmer post-swim.

After drop is a process where the sequence of heat flows between an inner and an outer area where the core is warm and the peripheral is cold. it is the physical law of inevitable consequence of having your body immersed in cold water where the heat loss is greater than heat production and then reheating began.

However, losing consciousness on recovery, rescue and removal from water can occur before the after drop begins. This is a greater risk to life.

This is what occurred during the transport of swimmers in 2012 at a Siberian event in Russia where many distance swims were completed. Many extreme swimmers were transferred to the sauna in complete horizontal position including Andrey Stoyev [who swam 1850 meters in 46 minutes 37 seconds in 0.8ºC water temperature].

In Murmansk (Russia) in 2013 when I completed my first 1000m at 0ºC, the distance from the poolside to the sauna involved a lot of steps so those who could stay in the heated area by the pool for a few minutes to steady and then transferred with assistance. This also existed in 2015.

Many swimmers, including myself, had moments where we drifted in and out of consciousness on the walk to the sauna. But we were managed brilliantly once in the sauna. The procedures of recovery and removal are vital for sustaining life post-ice swim. Understanding the body is crucial.

Swimmer or casualty, we all have the same physiology. It is the same injury.

I have spent a lot of time talking to and working with rescue services and medical personnel about the issues around these physiological post-removal challenges. I would love to see swims implement procedures.

The main difference between an ice swimmer and a casualty in ice water is that the casualty is hoping for survival and the swimmer is looking for performance and survival.

• The body now contains a mixture of warm blood and very cold blood.
• The heart has a decreased ability to speed up to meet swimming needs as time passes.
• The muscles fail to perform small tasks.
• The veins and nervous system are temporarily altered in such a way that has them on the edge very close to significant hearts malfunction.
• Risks attached to the speed the swimmer approaching the finish.

I have seen and managed over 15 cases in 1000m events where I have attended.

Lifeboat services in Germany in the post-war decades discovered that if they horizontally managed the post-swim casualties, fewer individuals died.

The good news is the best chance of survival is water temperature under 5ºC.

From where has the thinking of the Circum Rescue Collapse originated? Over 15-20% of people who are taken from the water conscious as casualties, collapse and die post-rescue. This is a very significant number.

This area of death post-rescue is well documented with reports of entire ship crews picked up after the war. Once removed conscious from the water, many died from no apparent injury with the exception of the immersion.

Matthew describes airman being in the water for a short period of time, once their rescue commenced and they assisted in their own rescue, some fell unconscious and died on removal from the water. This is similar to standing up too quickly and feeling faint.

There is anecdotal evidence: in 1985 a sailor who was washed overboard in the North Cape spent 8 minutes in 5ºC water and was airlifted by helicopter on a vertical strap. He assisted with the rescue on a few attempts and regained consciousness on the helicopter after he was put in a horizontal position in the helicopter.

Hypothermia in itself has proven that it is not a major risk at 1000m ice swimming events. A majority of cold water swims are short and those which are longer in time and distance have a time limit of 25 minutes for most events.

The difference between 300m and 1000m is gargantuan. It was the difference between 6 minutes in the ice and 20 minutes in the ic. When the swimmer stands up to climb the ladder, their swimming position changes from being horizontal to vertical and they experience a drop in blood to their head. It is now considered that it is a collapse in the arterial pressure which contributes to collapse of the swimmer.

• Racing to the ladder horizontally at speed and then quickly standing up gives a huge possibility that climbing up the ladder and the hydrostatic pressure of the body could collapse.
• This change in body position could also stimulate hypovolemic shock when the working rate of the heart collapses as the warm blood drops down and the workload of the heart needed to function could cause a swimmer to become unconscious.
• The movement of the swimmer’s arms and legs have to be kept to a minimum when moving and could rush and flush the cold blood into an already stressed working heart causing possibility ventricular fibrillation.
• The release of stress hormones due to being removed from the water and being in a safer environment can cause the swimmer to relax and collapse.
• Rewarming of the hands and feet can send cold blood back to the core and this cold blood can trigger the heart to collapse and arrhythmias. Technique is important so there is correct rewarming of the body.

Paradoxical Undressing is when a swimmer states that they are OK and they indicate that they do not need assistance or any rewarming assistance. But we treat everyone equal.

• Responsibility of the swimmer is explained and understood.
• Experience at both temperature and distance is relevant to the temperatures of the event and distances.
• Medical responses are final.
• The removal methods of the swimmer from the water are understood by support teams and discussed in advance.
• The risks of swimming in 0ºC water and -40ºC air temperatures are understood.
• The distance from the pool to the recovery is managed and challenges like steps are taken into consideration for the recovery.
• Understand the risks of swimming in the open water and a pool where the rules are different.
• Steps to distance swimming is slow and organised while building physical understanding.
• Treatment in the recovery area to rewarming is explained to the team and the swimmers where the greatest risk occurs. Do not rub or handle gently during managed recovery.
• Understand the energy required post-event where the blood sugar drops. Shivering takes energy and this must be fueled.
• Team training is important.
• Understand the physical response while changing from a horizontal position to a vertical position and the associated risks.
• The responsibility of the swimmers to be healthy with an understanding of the hypothermia impact on their body.
• The responsibility of the swimmer to be emotionally strong to fight for survival. In the 2015 Murmansk, Russia event, many swimmers experienced swimming at 0ºC for the first time and their recovery was not easy.
• Maybe having 3 swims of 450m at 0ºC should be a requirement before attempting a 1000m swim at 0ºC or something like this.
• The future of ice swimming is bright, but understanding the best practice for removal and for the safety of events is vital for all.

Moore [shown in the top photo on her way to the recovery area] is among the nominees for the 2016 World Open Water Swimming Woman of the Year: