Skip to content
Previous Next
Swimming, Boating, Rafting From Cuba To Florida 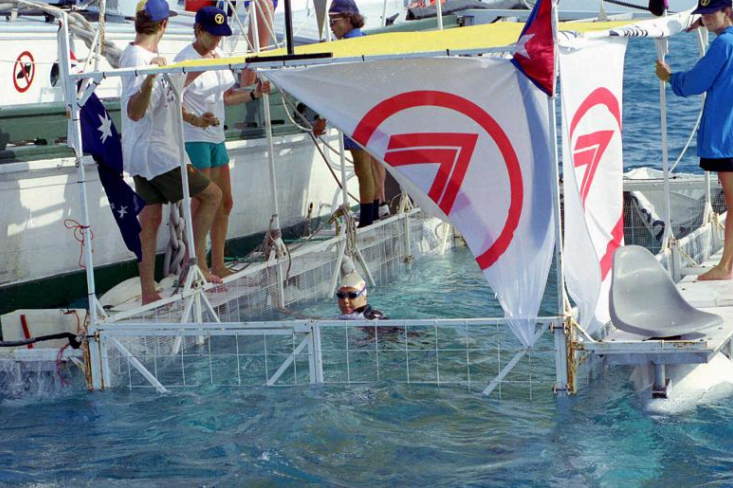 The Straits of Florida between Cuba and Florida has been the site of many solo swim attempts since 1950.

While 65-year-old Walter Poenisch (34 hours 15 minutes), 22-year-old Susie Maroney (24 hours 31 minutes), and 64-year-old Diana Nyad (52 hours 54 minutes) have completed solo crossings of the Straits of Florida in various forms (using fins, snorkels, shark cages or stinger suits), others have had to resort to use of boats or makeshift rafts, stealthily crossing the Gulf Stream in order to avoid the American border control authorities and U.S. Coast Guard.

Cubans, desperate to leave their homeland, used a variety of marine vessels in an attempt to make the 100+ mile (160+ km) journey across the unpredictable stretch of water over the last several decades.

An American immigration policy in place over 20 years will be ended by President Barack Obama. The unique American “wet foot, dry foot” immigration policy previously allowed Cubans who arrived in the United States without a visa to become permanent residents, if they successfully landed on dry land. If they were caught by American authorities somewhere on the high seas, even if within view of the American shoreline, they were turned back and had to return to Cuba.

“By taking this step, we are treating Cuban migrants the same way we treat migrants from other countries,” described President Obama in overturning a policy put in place by former President Bill Clinton in the 1990s.