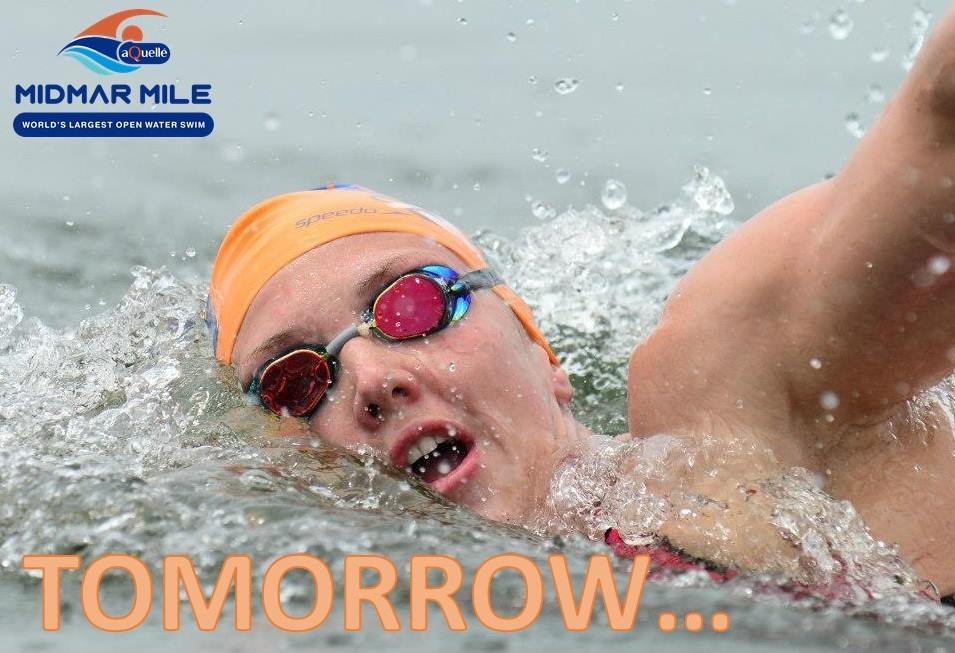 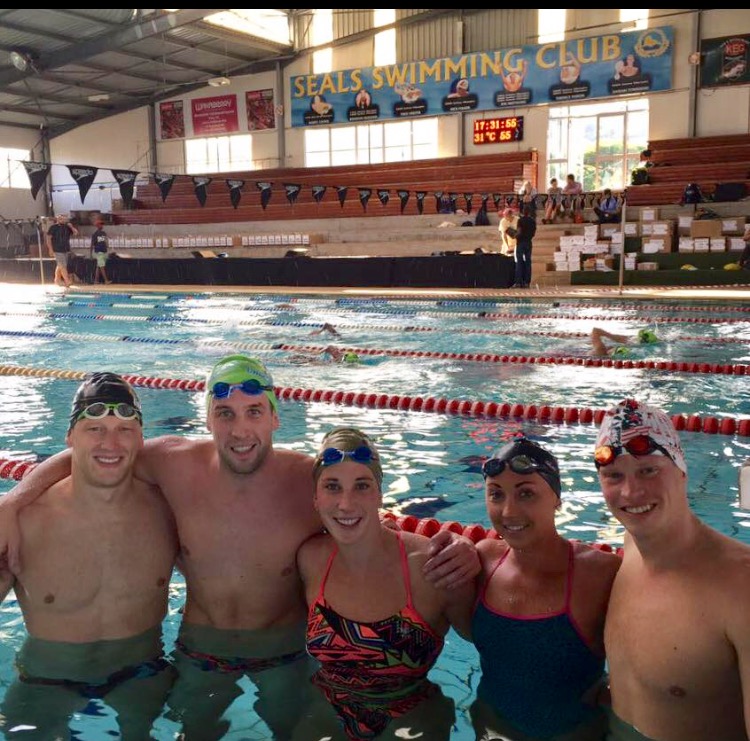 The heavy favorite is looking to win her third aQuellé Midmar Mile.

Twichell finished second to British Olympic medalist Keri-Anne Payne in 2012 before dominating with two of her own victories in 2013 and 2014. After her recent marriage to Derek Hall [shown above], Twichell has been getting faster in the pool. She recently won a silver medal in the 800m freestyle at the 2016 FINA World Short Course Championships.

Twichell spent the last week training with Weertman and fellow Americans Chip Peterson and Lexie Kelly, who is doing the 16 Mile Club* (swimming a mile to the start and then participating in all 8 heats of the mile races over 2 days), Ferry Weertman and Chip Peterson.

While Twichell is the odds-on favorite, she will undoubtedly be pushed by South African Olympian Michelle Weber (18th in the 10 km in Rio de Janeiro) and Holly Hibbott was placed second in 2016 and is Top 10 in the world in the 800m freestyle.

* The aQuellé Midmar Mile raises approximately R2,000,000 for charities through the efforts of 120 swimmers who will tackle 8 miles over 2 days and 12 swimmers who will attempt a 16-mile journey by swimming to the start of each of the mile heats.