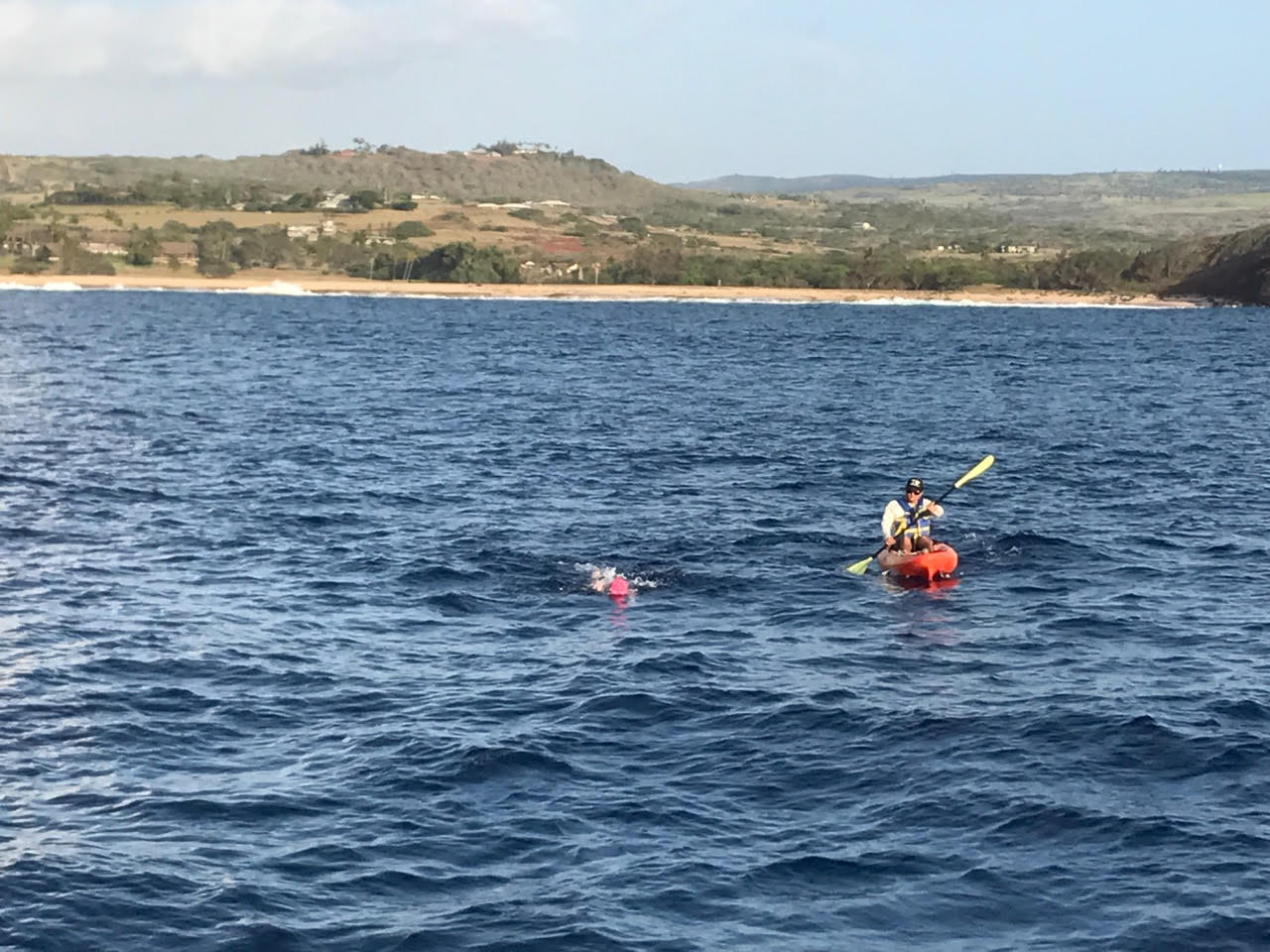 At 5:21 pm on Monday, Abhejali Bernardova swam through some heavy surf on the west coast of Molokai to start her Kaiwi Channel attempt.

She brought along three good friends for her crew and along with boat captain Mike Twigg-Smith, co-Captain Mike Scott, and paddlers Ecar Roush and Chris Harmes.

“They should have good conditions as the wind forecast is calling for very light easterly winds.

Abhejali is doing this swim in part to raise awareness for World Peace. She hopes to have a fast time so she can run in the Sri Chinmoy Peace Run on Oahu on Tuesday morning,” reported Jeff Kozlovich, literally in the Molokai Channel.

“The start from Kepuhi Beach was little dramatic with a big swell at the shore. “It was hard to get through the big waves,” said her friend Vasanti Niemz. “Harita went with Abhejali at the start; both are so brave. It is sunny now with a little chop and no wind. It looks really great. We saw a beautiful whale and two dolphins while the ocean is calm.”

After 9 hours, Niemz reported, “Abhejali is still seasick due to the huge ocean swells, but she remains very determined. Harita is going in to serve as her escort kayak now. Otherwise things seem fine; the night was pitch black with a new moon and quite a push to the north in the beginning, but she is now back on course.

Long-time friends Jayalata and Harita have helped Bernardova across the English Channel, Catalina Channel, Lake Zurich, Robben Island and other swims. Jayalata said, “Abhejali was stung by two jellyfish around the neck – she is swollen, but she can breathe normally with 8 miles to go with huge swells and chop.

With 7.4 miles to go she was finally able to eat after she was seasick from the start.”

She can be tracked here.