Skip to content
Previous Next
What Is On The Menu In The Open Water? 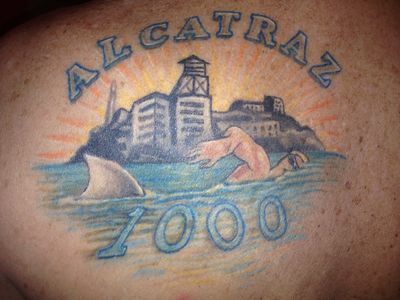 Gary Emich, an open water swimming stalwart and icon in San Francisco Bay, talked about the issue of potential shark encounters over his long career of swimming, organizing and leading all kinds of swims around the world.

“With the exception of Great White Sharks, tiger sharks, and bull sharks, I don’t believe there’s any need to worry at all about sharks.

I just returned from a SwimTrek Galapagos vacation and on nearly every single swim we encountered sharks: Galapagos sharks, whitetip reef sharks, and hammerhead sharks. In not one instance did they even give us a second glance since we’re not a part of their normal diet.

Even with the three aforementioned ‘problem’ sharks, they don’t go out of their way to seek humans out as dinner.

I live two blocks from a very popular surfing beach immediately south of San Francisco and smack in the middle of the Red Triangle. There are always surfers out from sunrise to sunset – even as I say this there are 30 to 40 surfers down there. And, in the 27 years I’ve lived here though we’ve had a handful of Great White Shark sightings, there’s never been a single surfer incident – they know that surfers are not on the menu.

The point I’m making is that, yes, there are sharks out there, but they have little interest in you. They’re as apt to deviate from their normal food supply and snack on you as you are to forego your Whopper or Big Mac and go after the rats that live in the garbage bins behind these fine food dining establishments.”