Skip to content
Previous Next
Will Aurélie Muller Equal The Feat Of Thomas Lurz? 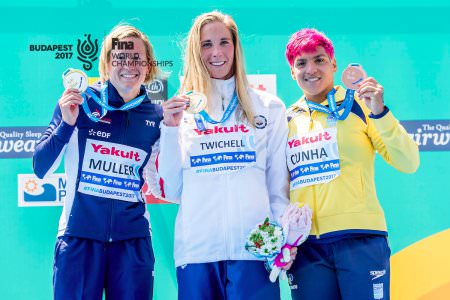 Aurélie Muller of France is on a pace to possibly match his 4-for-4 record. She has won a gold medal in the 10 km race, a silver in the 5 km race, and a gold in the 5 km team relay this week in Hungary’s Lake Balaton.

Tomorrow, she will enter the 25 km race as one of the pre-race favorites.

But she will also have to outdual and outsprint the who’s who of the 25 km distance with 25 km world champions Angela Maurer (2011), Martina Grimaldi (2013), and Ana Marcela Cunha (2015) in the field. 25 km silver medalist from 2015 Anna Olasz and 10 km bronze medalist and frequent rival Arianna Bridi are also entered in the race.