Skip to content
Previous Next
Communication In The Channel 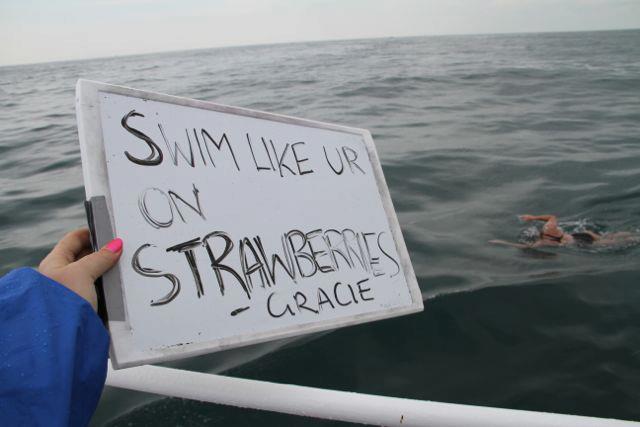 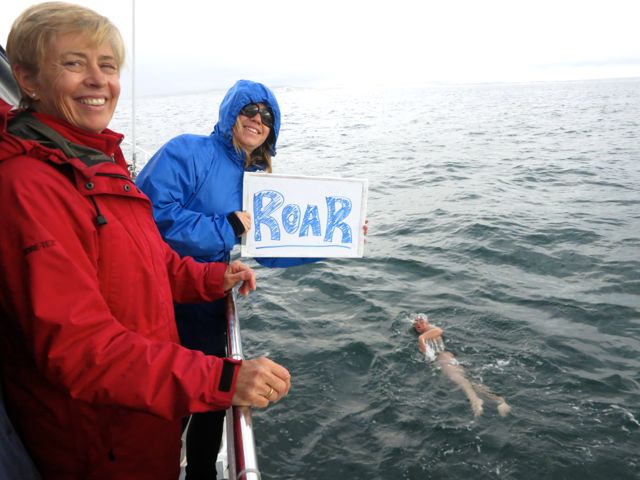 This observation of human communications could not be more true between a support crew on an escort boat during the marathon or channel swim and the swimmer in the water.

Quite often, open water swimmers use whiteboards as a communication tool between coach/crew and their swimmer. The coach on the escort boat uses a black marker to write information on a whiteboard to the swimmer in the water.

It is effective and convenient – and often funny or profound, informational or inspirational.

The messages – some humorous, some motivational, mostly informational – are gone with one wipe of an eraser, towel, hand or forearm.

There is an alternative if the swimmer wishes to retain a permanent record of the communications from their escort crew or coach. If their eyesight is good enough, a regular paper notebook or any paper (8.5″ x 11″ or A4 size or larger) is a great way to not only communicate between swimmer and crew, but also can be saved as a permanent record of the communications during a channel or marathon swim.

The coach can start communications on page one and continue writing throughout the swim in large block letters in black ink page-by-page – or simply number the papers and share with the swimmers after the finish.

If the coach also notes the time that each communication was given on each page, the notebook – or pile of papers – becomes a document of the marathon swim that can augment the observer’s log. Such a record is more permanent than the ephemeral messages written on the whiteboard. While the official observer’s log is another means to document the swim, the messages, words and data written on a whiteboard or notebook effectively and immediately stimulate the memory of those who participated in a swim.

Weeks, months and years later, the coach and swimmer can flip through the notebook reminiscing about what happened on the swim, when and what they ate and drank, the conditions at the time, and the different occurrences that happened en route. Some of the words on whiteboards are often memorable:

Michael Oram in the English Channel:
If you can keep paddling, you will get there…eventually.

Jose Luis Larrosa‘s crew after 1 hour of swimming in the Ganges River in an 81 km race in India:
“Let’s go!! Less than 12 hours to finish,” wrote Rike.

Courtney Moates Paulk‘ escort crew around Manhattan Island:
You would be faster if you had 8 arms [with a drawing of an octopus on the whiteboard.

Beth Yudovin and David Yudovin in the Pacific Ocean:
“If we weren’t here, we wouldn’t be doing this“
“The Dream, the Goal, the Journey“

Anonymous to Lynn Kubasek in the Pacific Ocean:
“SWIM BITCH! SWIM!!!” [note: while not deep or profound, it was memorable]

Anonymous in the English Channel:
“THROW A COKE BOTTLE INTO THE SEA IN DOVER AND IT WILL GET TO FRANCE – DON’T LET IT BEAT YOU

Explanation post-race: “We could see the French coast but getting into shore was a long battle. By 15 hours he was completely spent. I’m sure simply breathing out was giving him more forward propulsion than anything he was doing with his arms. We likened it to a doggy paddle but in reality it was more poodle paddle than great dane. Only guts and determination would get him to France now.”

Vasanti Niemz reminded of an important fact, “Your words can have an immediate effect, especially after long hours of swimming. And sometimes, not being told the full truth can be quite helpful. In my first solo crossing of the English Channel in 1985 after 12 hours of swimming, I was told ‘only 1 and a half more hours to go’, followed by ‘only 1 more hour’ repeated 3 times – and then landing after 17 hours. But about 14 hours into the swim, after sunset, the crew was trying to be encouraging and wrote ‘the water has not gotten any colder’ – but the word ‘cold’ triggered immediate goosebumps and shivers.” 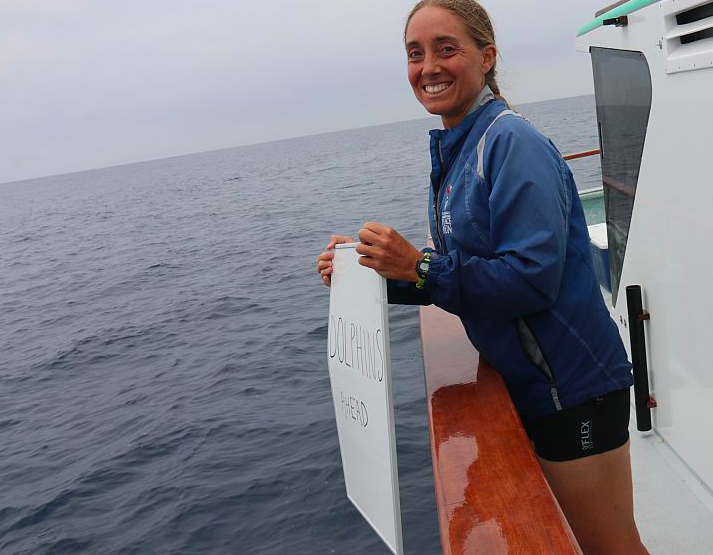