Skip to content
Previous Next
Throwback Ice Swimming, Lea Dam In The 1960s 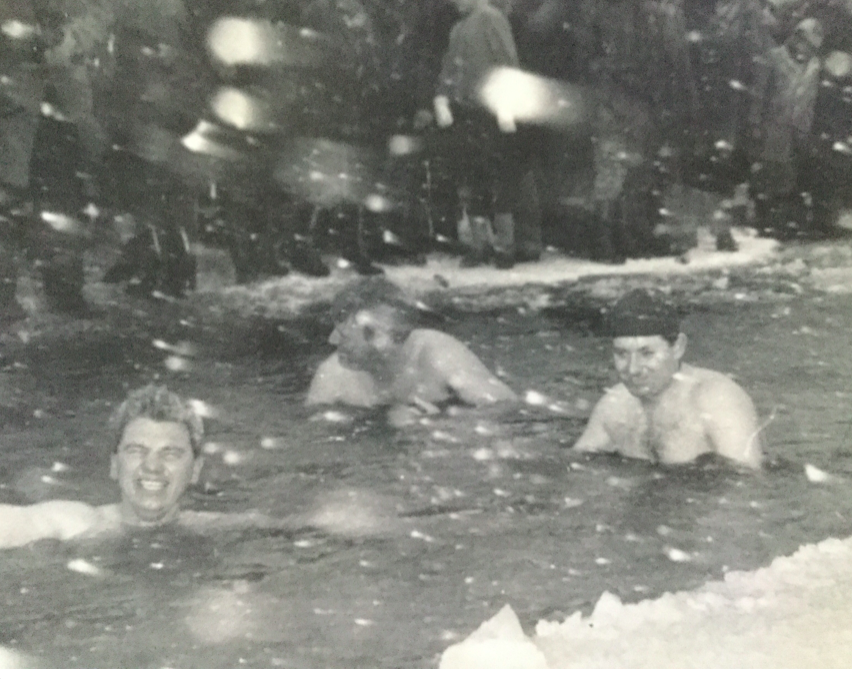 International Marathon Swimming Hall of Fame Honour Swimmer Barry Watson recalls ice swims that he and other hardened swimmers used to do on the first Sunday of the year during the 1960s.

“The Open Swim was held on the first Sunday of the New Year in Lea Dam, Lumbutts, near Hebden Bridge, West Yorkshire. The swim was organised by John Slater [another International Marathon Swimming Hall of Fame inductee and the founding Secretary of the British Long Distance Swimming Association]…[where the] monies raised went towards the building of the swimming pool in Todmorden.

I won the swim for three consecutive years. If there was no ice, it was a swimming race. But if the pool was iced over, the winner was the person who stayed in the longest.

In 1963, the conditions were severe and the water temperature was 29°F. The 7-inch thick ice had to be broken with sledge hammers and chainsaws. I remember the large crowd standing on it. I also recollect after spending 27 minutes in the dam; [after] I had to be helped to dress by friends. I probably had hypothermia. They no longer hold the swim because of health and safety.

It was a tough event.

In those days, I always swam in the local rivers in winter. It was nothing scientific. A few of us just thought it would toughen us up for the longer swims in summer.”