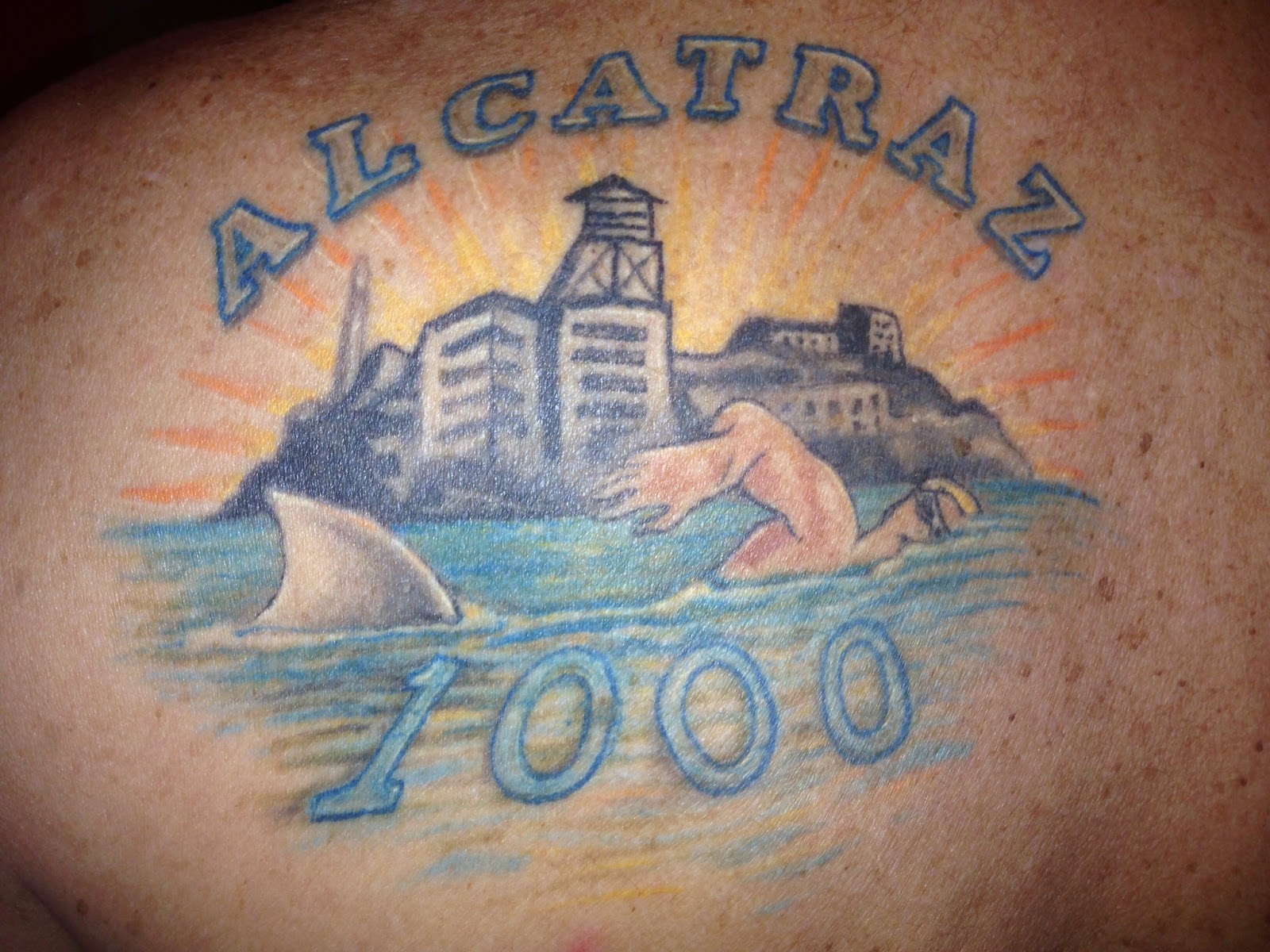 Emich is now in the International Swimming Hall of Fame – or at least the documentation in his unique Alcatraz Island logbook is.

Over the decades as he inched towards his Millennium Swim, Emich has faced conditions that ranged from tranquil to treacherous.

But his relentless march to his 1,000th crossing was highlighted by a rivalry with Steven Hurwitz, a local swimmer and a like-minded colleague at the South End Rowing Club.

The men went back and forth, tormenting one another while vying to see who could have the greatest number of Alcatraz crossings.

When one man went on vacation or had other responsibilities to care for, the other took off to The Rock and swam back. But cooler minds prevailed and selfless egos came to the fore as Emich and Hurwitz entered into a gentlemen’s agreement to jointly accomplish their 1,000th crossing.

“We are both founding members of the Alcatraz Swimming Society (ASS),” explains Emich. “When I reached 1,000, I went into semi-retirement and became ASS Emeritus while Steven continues to rack them up and is now upwards of over 1,150 swims.”

Both their joint 500th and 1,000th crossings coincides with the anniversary of the famed escape from The Rock by Frank Morris and John, Clarence, and Alfred Anglin [see documentary below].

“The 1000th crossing for the swimmers [was] a symbolic victory for all those who yearn for freedom – those who have tried to accomplish what doubters said couldn’t be done and those who literally tried to escape the Rock against all odds,” said Hurwitz, a father of two and President of Bay Area Herbs & Specialties, a premier supplier of fresh culinary herbs and specialty produce.

“From the days of Gertrude Ederle when the Olympian and other top women of her generation were trying to become the first to accomplish a feat in the open water, channel swimmers and marathon swimmers are usually competitively vying with one another to become first in some particular body of water,” said Steven Munatones. “Many swimmers do not want to publicly announce their plans ahead of time because they fear another swimmer will try and complete a first-time swim before them. But Gary and Steven are true gentlemen and true watermen who put aside their competitive urges and egos to jointly achieve a first. It was an honorable gesture and remarkable achievement.”