Skip to content
Previous Next
The Unprecedented Crossing Of Loch Ness 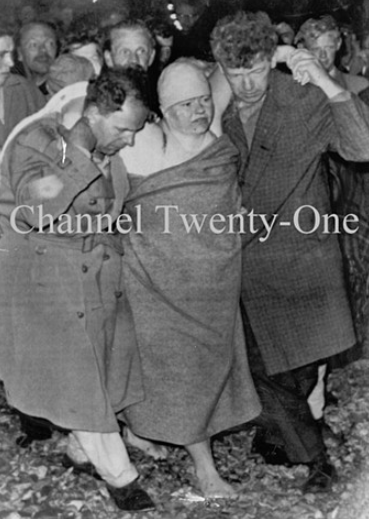 Tom Pocklington, a Life Member of the British Long Distance Swimming Association and coach for 18-year-old Brenda Sherratt reported on the first Loch Ness crossing of 22.5 miles in history.

“The temperature at point of entry was 60°F. Acting on the advice of the Inverness Admiralty Station in Inverness-shire weather forecast, and under my direction and care, Brenda entered the water from the pier at Port Augustus at 5.45 pm on Tuesday the 26th July, 1966, swimming breast stroke into a strong wind blowing into her face down the Loch, N.E.

This she breasted for approximately 3 hours before it diminished in force and the water became a flat calm for her swim throughout the night.

Brenda having settled down was averaging a mile for every fifty minutes, a winning breast stroke and keeping well, but in the water along the road side of the Loch. About 6.30 am on the 27th July, a following wind S.W. sprang up and was of some assistance while directly behind her. The temperature was variable along the whole of the route from 55 to 56°F in cross currents experienced during the swim.

Brenda was quite cheerful throughout, then came the struggle across Barium Bay beyond Castle Urquart, which increased her time considerably due to a diagonal wind S.E. wanting to sweep her into the bay.

She swam along strongly against this, and in the last stretch towards Loch End, Brenda commenced a powerful crawl stroke for a long period lessening the distance to the finish.

It was not dark, with a diagonal wind from behind, gradually increasing in force, which made the landing difficult. After I made an appeal through the loud hailer for lights to be shown along the whole of the beach, Brenda swam ashore and walked clear of the water at 1.7 am on Thursday the 28 July, 1966.

After the welcome from wellwishers, she was escorted to the home of the Loch Keeper for a well-deserved bath, and I was thanking the “Good Lord” that our task was over successfully. After the bath, Brends was stiff, but in good form.

Finally I must pay tribute to all who contributed towards making this swim a triumph over extreme difficulty.”

Sherratt started out on one shore of Loch Ness as a 17-year-old and finished her 18 km training swim as an 18-year-old. She was later inducted in the International Marathon Swimming Hall of Fame in 1970 as an Honour Swimmer and retired after nearly 40 years of swim coaching.