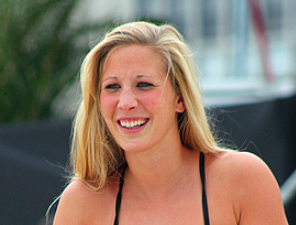 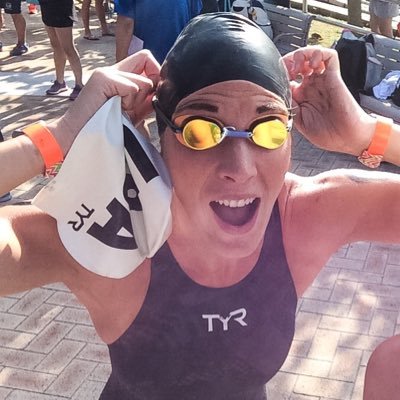 Californian Haley Anderson got the better of her East Coast rival Ashley Twichell during the 2012 and 2016 Olympic years, but Twichell is looking on reversing that podium finish in the 2020 Tokyo Olympic quadrennial.

The New York native and Duke University (Blue Devils) graduate won her won her fourth career and third consecutive women’s 10 km USA Swimming Open Water National Championships in Arizona. After title wins in 2012, 2016 and 2017, she picked up the pace in the second half of the race and took the lead on the fourth of six laps in Tempe Town Lake. After a winter season that saw her gain victories in the distance freestyle some major domestic meets in the pool, Twichell commanded a dominant presence with her 17-second victory.

But the race was the first of many more head-to-head competitions with 2012 silver medalist Anderson. And such a comfortable victory probably will not be expected again – and is certainly not planned by the California native and USC (Trojan) graduate. “From the second lap on, we went at a pretty good speed, so I really didn’t have an extra gear to go to at the end, which I normally do.

That’s something I can work on for the next few races I have lined up for the summer.”

But a national championship title is one to relish for the time being. Twichell said after the race in which young 14-year-old Mariah Denigan set the pace in the first half. “I knew I wanted stay controlled and smooth through the first three laps, to the 5K. I saw [Denigan] out there at the beginning and tried to stay smooth and hoped that I would catch back up to her. I kind of like to be in the lead so that was a little bit tough to see someone way out there, but I just tried to stay smooth and controlled.”

Behind the veteran duo, Erica Sullivan, Kathryn Campbell, Chase Travis, Hannah Moore, Rebecca Mann and Kensey McMahon finished within 8 seconds of one another. The women will compete for two additional spots on the American Pan Pacific Championship team at the 2018 French National Championships on May 31st in Gravelines, France.

Twichell hit her taper just right after coming down from an intense high-altitude training camp in Colorado Springs at the U.S. Olympic Training Center. “I really like to take it one accomplishment at a time. My focus was on this competition and hopefully earning a spot on the Pan Pacs team. This will be my first Pan Pacific Championships, so I’m really looking forward to that and obviously gearing up for next year, which is the [Olympic] qualifier for Tokyo.”

Interviews below with Ashley Twitchell and Erica Sullivan are courtesy of Swimming World Magazine: