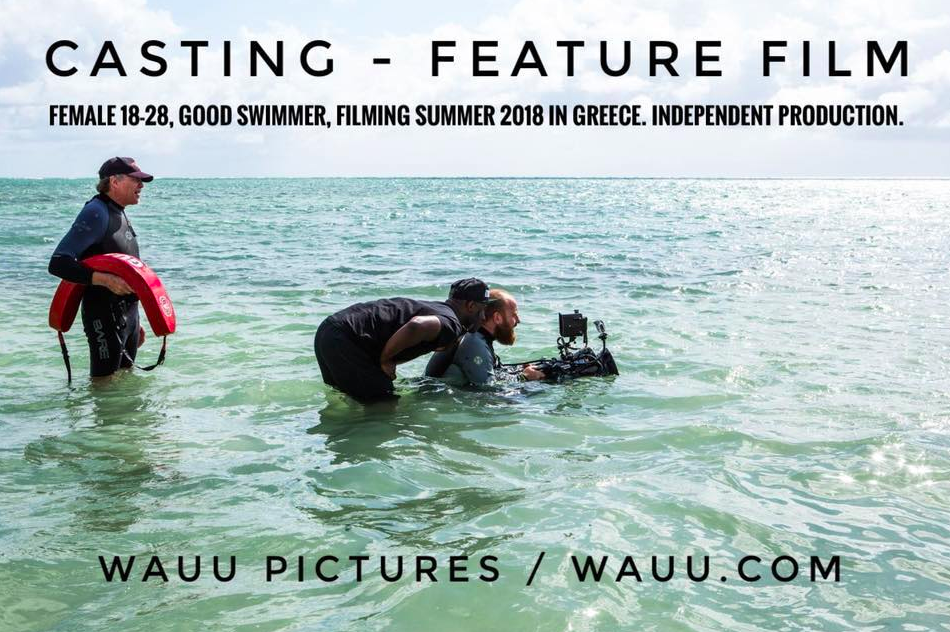 Former swimmer Robert Wauu said about his new upcoming movie, “We are looking for a young female open water swimmer to play the lead role in our feature film this summer. She has to have great stamina.

Water has always enticed me. I was already competing at the age of 10 and all the way up to university where I studied film directing in Sofia, Bulgaria. My first short film “Diving” was very well received at film festivals and many wanted to see a feature film from me.

Now, finally, the time has come to fulfill my dream: to make a full length feature film and see it in the cinemas. Again, the theme is water. I know how much stamina is necessary to be able to film 5-6 hours a day at sea, or maybe even more, [so] I turned to open water swimmers. I believe that they are the only professional athletes who can do this as we are filming in the ocean for almost 2-3 weeks.

The location is set in Greece and it is a low budget movie that I am producing myself with the help of friends and fans.

As a teenager, I was very thrilled by the movie Open Water and now my movie has a similar theme of someone alone in the ocean trying to survive. At this time we are in a pre-production phase where we are looking for final sponsors to cover equipment, swim gear and similar.

As an up-and-coming filmmaker I want to give the opportunity to an open water swimmer, someone who is not an established actor, that might have natural talent or acting dreams to work with me on this amazing project.

I am born and based in Sweden and am swimming everyday to be able to cope with filming in water. We have a small crew with a safety boat and a diver. I can’t wait to begin the adventure. We are looking for a female to play an 18-20’ish young woman/teenager.

Filming will take place in Greece from mid-August through September. Details regarding pay, salary and transportation will be discussed with the selected actress. Fluent English is a must. It’s a lead role for a feature film, no acting experience required as casting will be done through interviews and tests.”

Further information about the movie will be released soon as well as vlogs where Wauu will cover the entire journey on how to make a movie.

Interested actresses can apply for the lead role by sending an e-mail to [email protected] or sending a message on his Facebook page here.