Skip to content
Previous Next
Crossing Rivers To Celebrate The Olympics 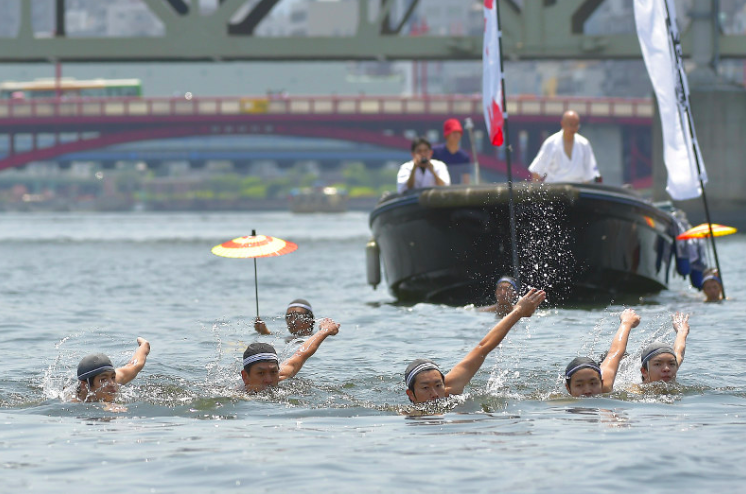 Before the 2014 Sochi Winter Olympics, Russian ice swimmers, led by Alexander Brylin, carried the Olympic torch relay on its way to Sochi, Russia for the 2014 Winter Olympic Games in 2ºC (35.6ºF) water in the Amur River.

Before the 2020 Tokyo Olympics, Japanese open water swimmers, replicating traditional samurai skills from the 17th and 18th centuries, hope to repeat Brylin’s participation in the Olympic Games in the Sumida River in Tokyo. They plan to wave large flags without them getting wet, a practice that is still taught in 13 schools throughout Japan authorized by the Japanese Swimming Federation.

“It will be great for us if the course for traditional Japanese swimming is set up here and we can join the torch relay,” said Kazuhisa Yamane to the local media. “I would like more people to learn about this traditional style of [open water] swimming.”