Skip to content
Previous Next
Lewis Pugh Did His Bit, Mission Completed 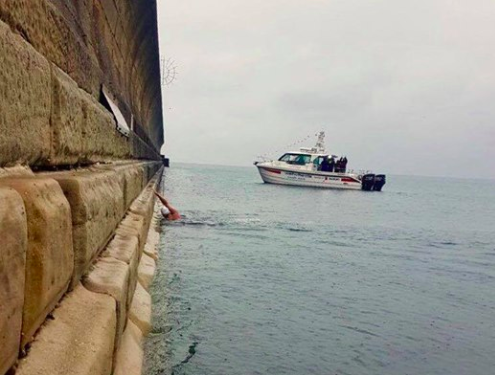 “When Lewis Pugh is planning an event, it sounds like there is self-doubt because he asks so many questions and he is always thinking of myriad ‘What If’s?’. He considers Plan A, Plan B, Plan C and then some more,” observes Steven Munatones.

“Lewis questions his mission statement of his upcoming swims; he seeks powerful confirmation that he and his swim both stay on point. He thinks of all possible angles from logistical to operational, from legal to social media, from navigational to safety, from the overall drama to the mundane details of an event.

What he is apparently doing is relying on his military experiences and legal training because he knows that lives (both his and his escort team) and the ultimate outcome are never guaranteed, given the intensity and audacity of his swims.

He looks at every angle, every possibility, every potential screw-up many times over. Then, he thinks of possible solutions and potential outcomes.

As for The Long Swim across the English Channel, Lewis predicted an outside range of 50 days – and he finished his 530 km unassisted stage swim in 49 days.

It was mission completed for him. ““It was a swim done to highlight what’s happening in our oceans and to really try to get world leaders to understand how serious it is and how quickly our oceans are changing. I’ve done my bit, now it’s time for Government to do theirs,” wrote the United Nations Patron of the Oceans.