Skip to content
Elizabeth Fry Inducted In Another Hall Of Fame 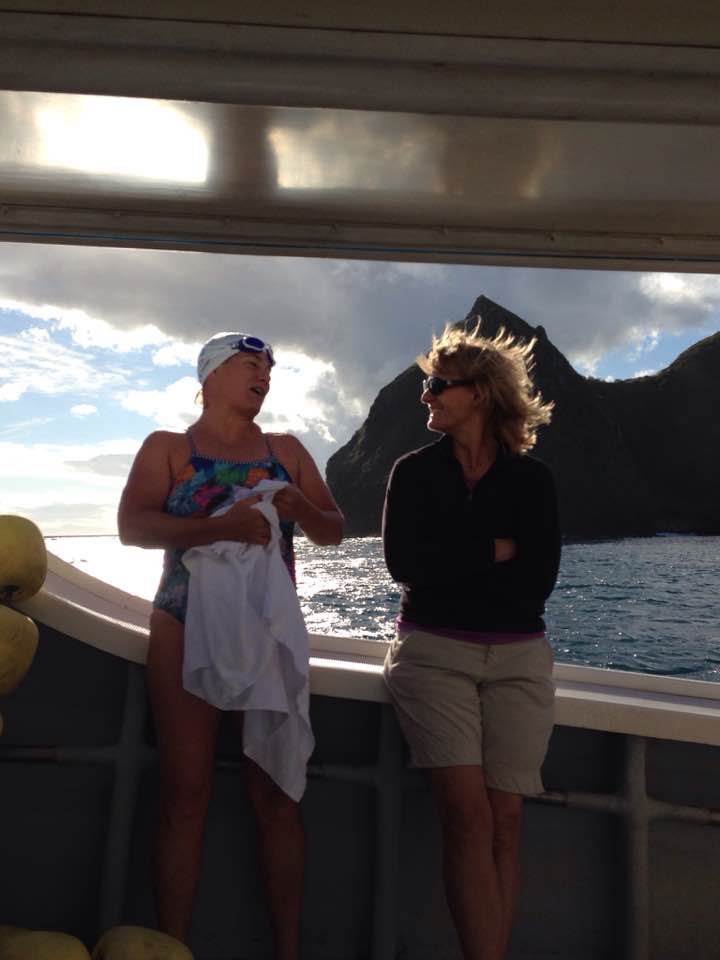 Elizabeth Fry Inducted In Another Hall Of Fame

Elizabeth Fry is the epitome of a mild-mannered heroine.

She continues to swim all over the world from the Strait of Magellan to Lake Memphremagog and 55.5 km across Lake Huron in 20 hours 53 minutes at the age of 59.

On and on she goes, swimming like people a third of her age.

Her swim established the fastest American female time for the traditional crossing from south to north (from Niagara-on-the-Lake to Marilyn Bell Park) in 15 hours 46 minutes. This was the latest swim-date recorded for this course across Lake Ontario.

Photo shows Fry with her sister Peggy Gaskill on the escort boat in the Tsugaru Channel.