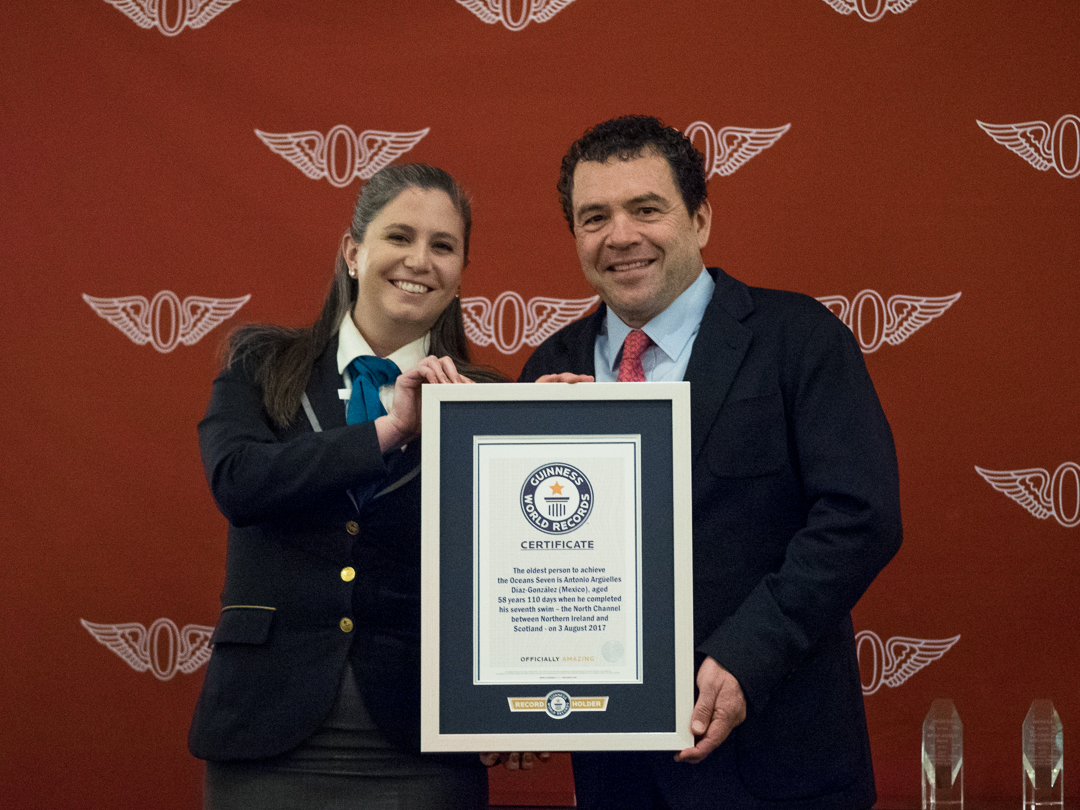 Argüelles set the world record for being the Oldest Person to Swim the Oceans Seven at the age of 58: