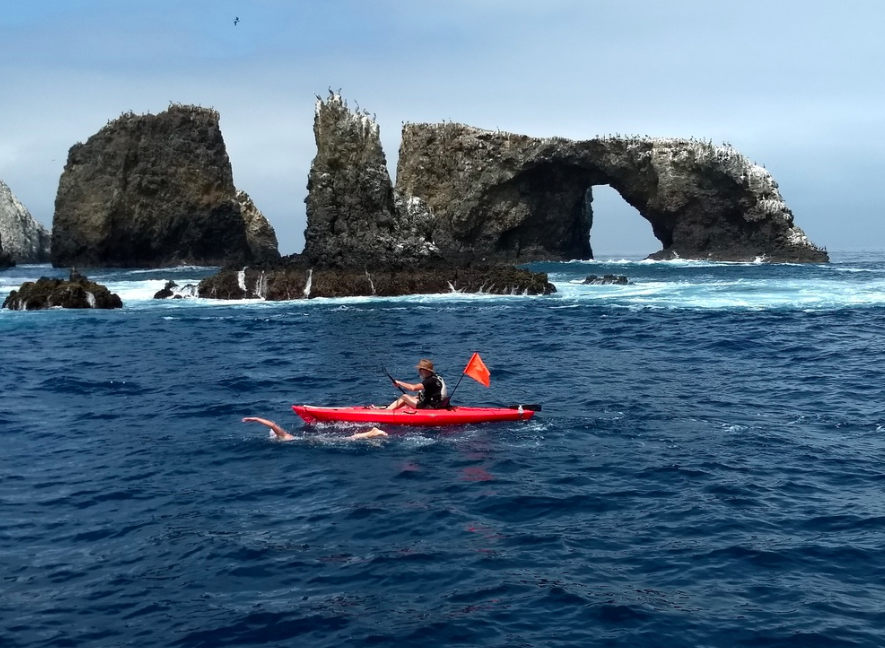 Photo of Anthony McCarley in the Cook Strait by Lauren Fitzgerald, courtesy of Marathon Swimmers Federation.

Calendars can be purchased online at store.marathonswimmers.org.