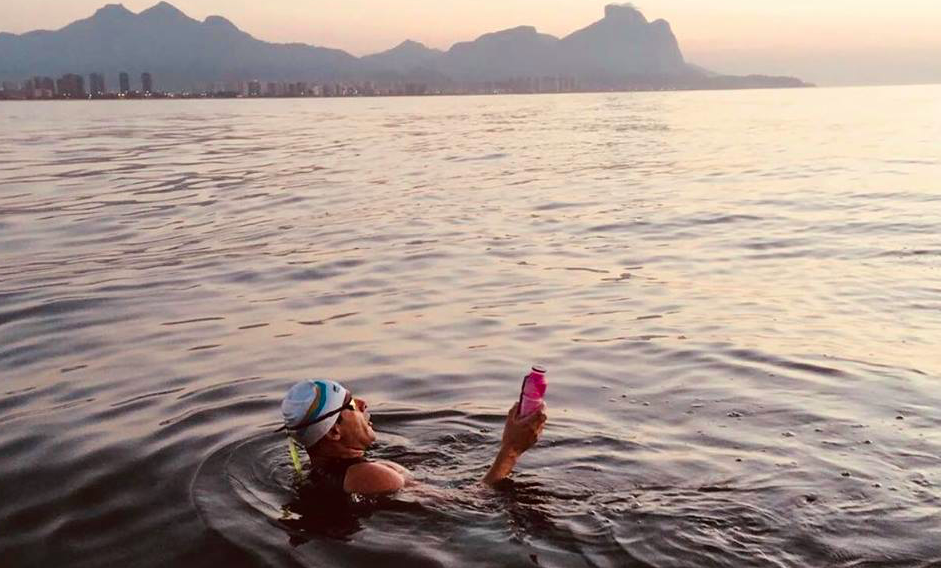 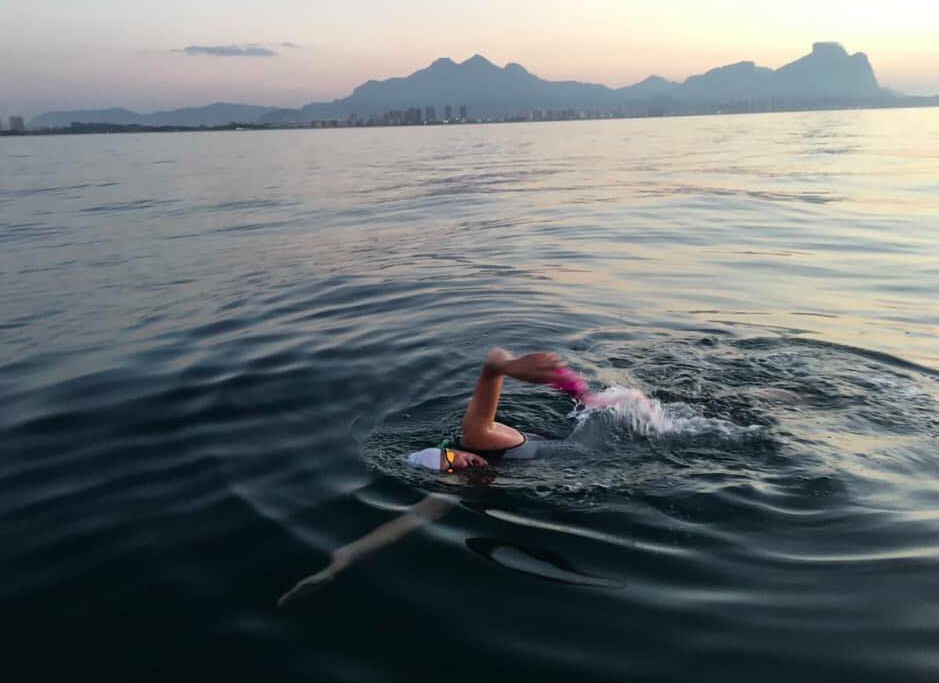 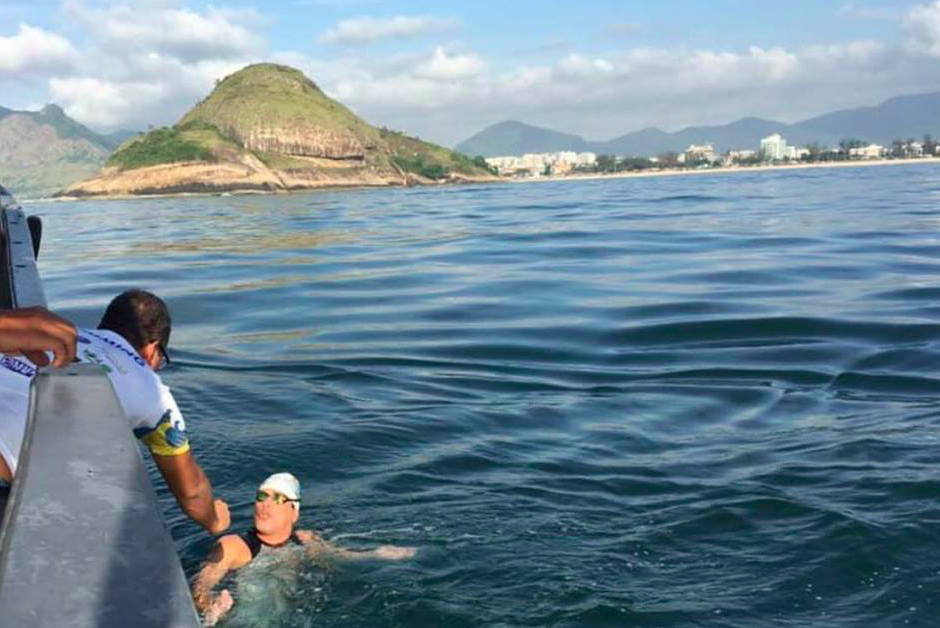 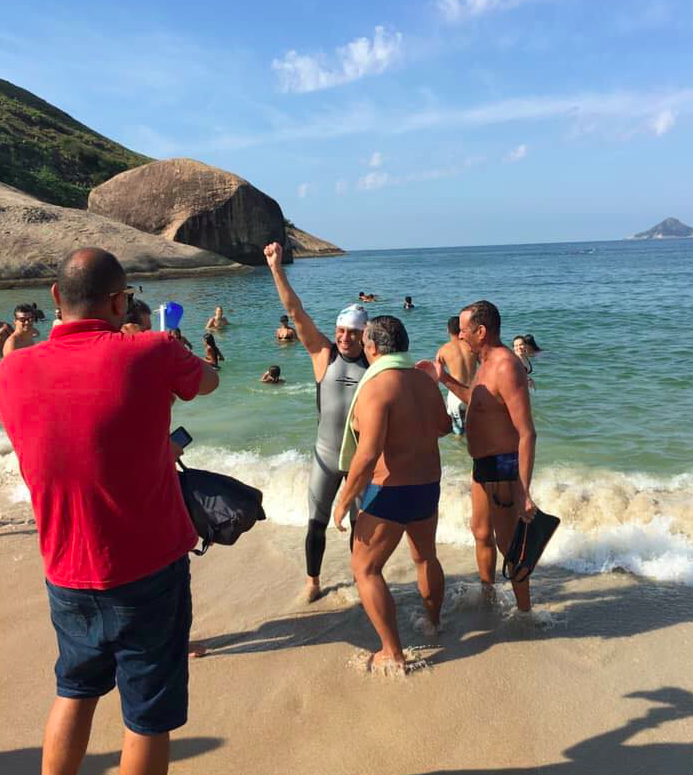 In preparation for a Molokai Channel attempt in Hawaii July 2019, Adherbal de Oliveira took to his local waters and completed his second Travessia do Leme ao Pontal off the coast of Rio de Janeiro, Brazil.

“I made my second crossing from Leme to Pontal as part of the preparation for my Molokai crossing; it was a very difficult swim due to the cross-currents throughout most of the route.”

Adherbal became the first solo swimmer to complete the 36 km coastal swim twice. His first time was in 2015 in 9 hours 23 minutes at age of 45. Now as he approaches 50, he completed the swim with neoprene in 11 hours 5 minutes on January 12th.

“I started swimming at 10 pm on January 11th under good conditions. It was a very beautiful and starry night with little wind and a calm sea.”

Observer Ricardo Ferreira said, “Adherbal’s demeanor matched the sea – he was calm as he set off for his second career challenge of Do Leme ao Pontal.

Cold water had entered the edge of Rio de Janeiro the day before, so Adherbal decided to wear neoprene as a precaution. He started off at a very good pace with a pace of 1:12 for every 100 meters. After 30 minutes of swimming, he was already in front of the Fort of Copacabana.“

However, when he approached Arpoador Beach, the conditions began to get worse and Adherbal began to face cross currents with moderate intensity, and it increased throughout the swim. In one of the most complicated points of the Travessia along the section of the beach of São Conrado, Adherbal faced a point of decision. “It was extremely frustrating to swim with all my strength and yet I was not advancing forward. I was looking at Vidigal’s Hill and I could see that I was not moving.”

As the currents ran against him, Adherbal then faced blooms of jellyfish. “There were so many that he had to start swimming backstroke in order to avoid stings on his face for almost 10 minutes,” said escort crew member Alexandre Mello. “The currents continued and we were still in the middle of the Barra de Tijuca beach with still 6 km to go, but the opposing currents were still strong and tested the limits of Adherbal.”

To add to his woes, Adherbal got nauseated due to the grape-flavored isotonic drink that he was drinking. “I believe that grape was not a good choice. I became very sick.”

But he ultimately completed his second Travessia do Leme ao Pontal in 11 hours 5 minutes.