Skip to content
Previous Next
When Legends Meet After Crossing Molokai 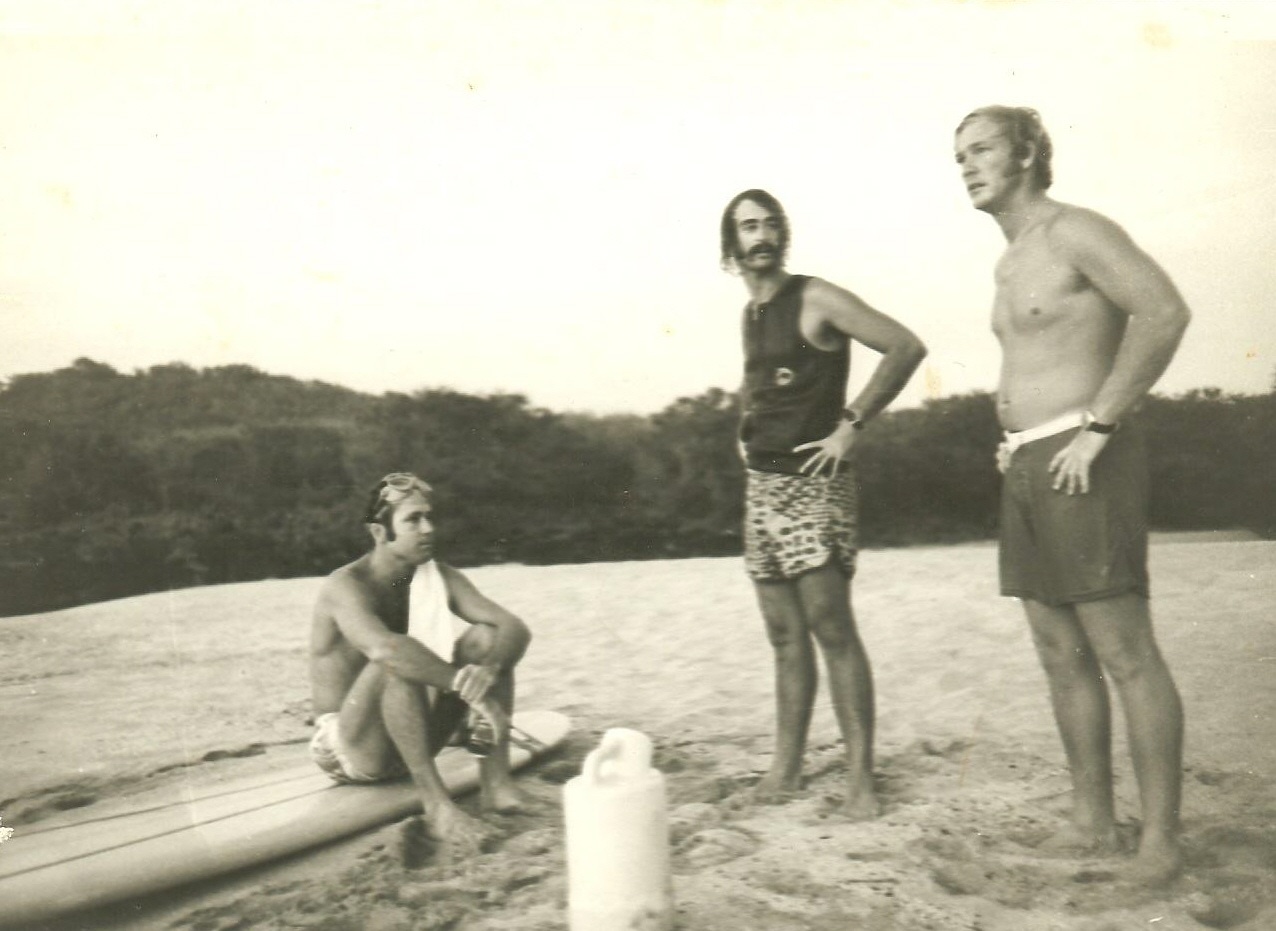 In Julie Chuckoway’s book The Three Year Swim Club: The Untold Story of Maui’s Sugar Ditch Kids and Their Quest for Olympic Glory, she tells of Keo Nakama’s pioneering Molokai Channel crossing in 1961.

After retiring as one of the world’s best pool swimmers, the Maui native completed an unprecedented 42 km crossing of the Kaiwi Channel in 15 hours 30 minutes at the age of 41.

Fellow International Marathon Swimming Hall of Fame Honor Swimmer Harry Huffaker recalls his 13 hour 15 minute crossing in September 1967, also from Molokai to Oahu. “I saw a large shark underneath me and immediately headed for the escort boat, but the shark then swam between my boat and me which was too far away for an easy escape. So I continued on and ultimately reached my goal after 16 hours.

Keo landed at Hanauma Bay. I came ashore at Sandy Beach. The crowd dynamic was similar at both places. Keo was at Sandy Beach when I finished; he put his arms around me and said, ‘Good job’. I replied, ‘You did better than I did’. He asked what I meant. I replied that he was in the water nearly two hours more than I was.”

Photo above shows Huffaker shortly after finishing his 1967 Molokai Channel crossing on Sandy Beach. “I was still quite fresh and made it to work [as a dentist] the next morning. Youth.”