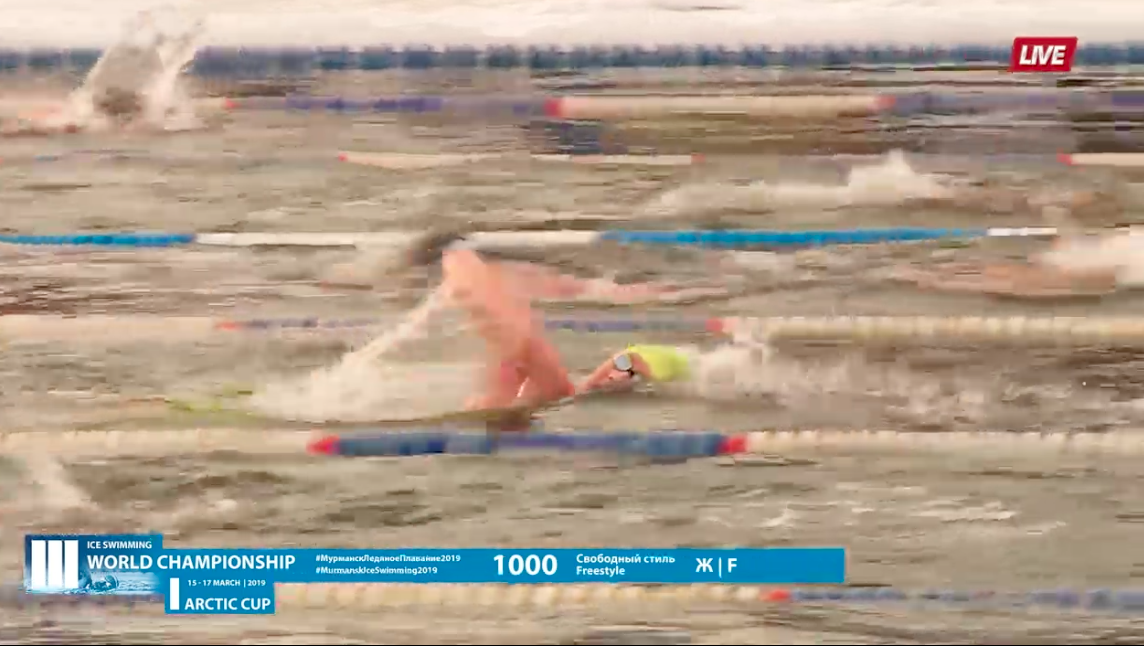 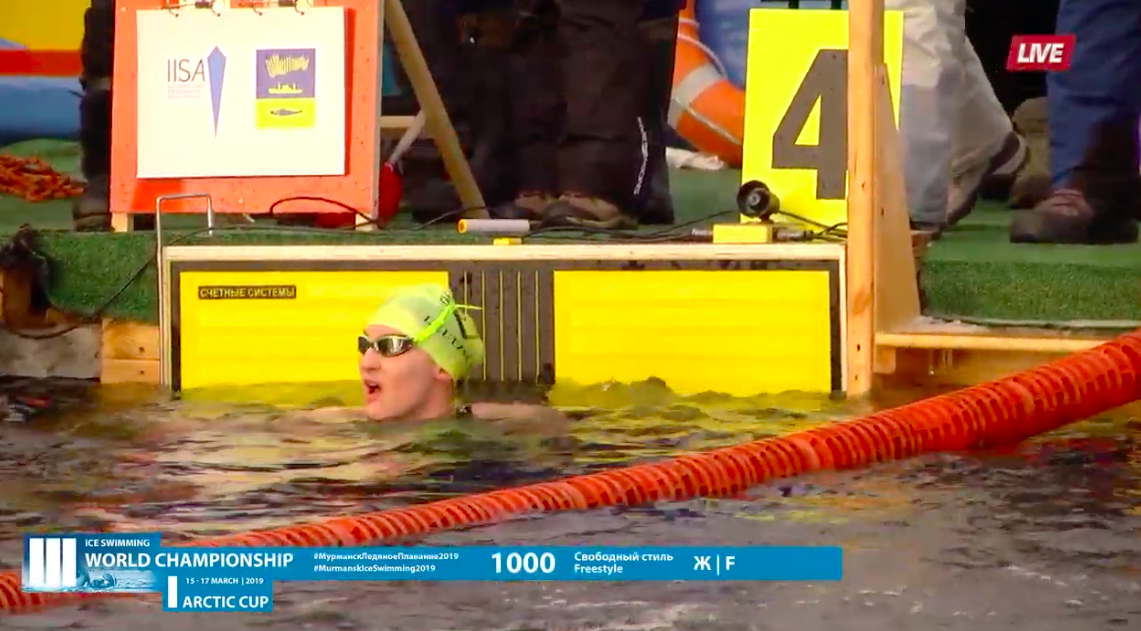 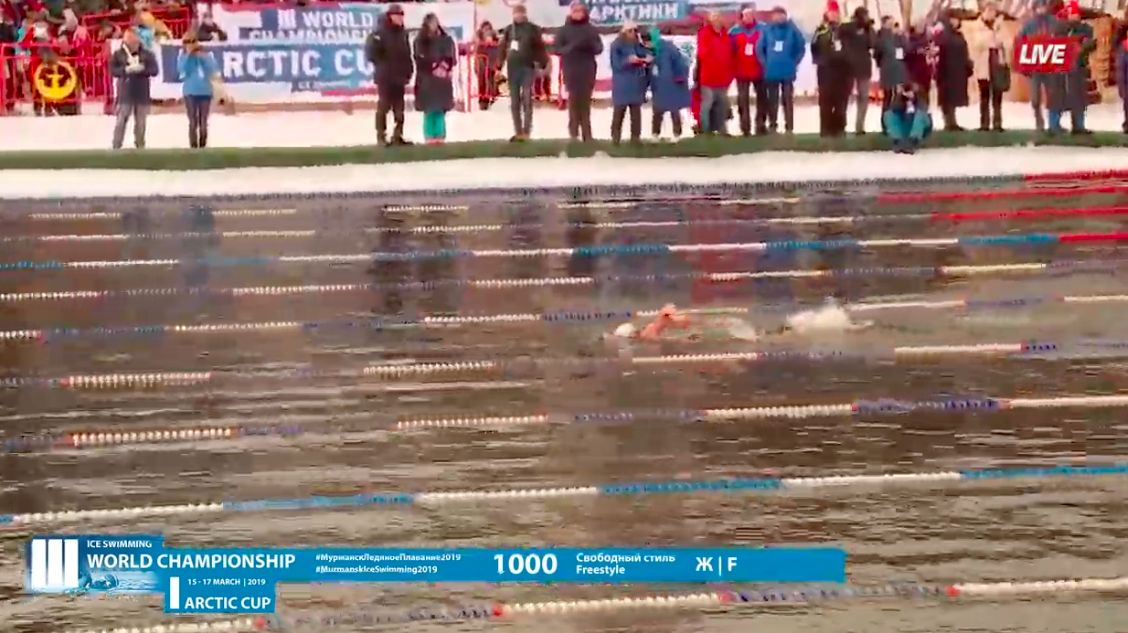 Today, the 24-year-old German took it out fast in the Ice Kilometer and never looked back throughout the 1000m race as she absolutely dominated the experienced field to win her second world championship title in the 0.2°C water.