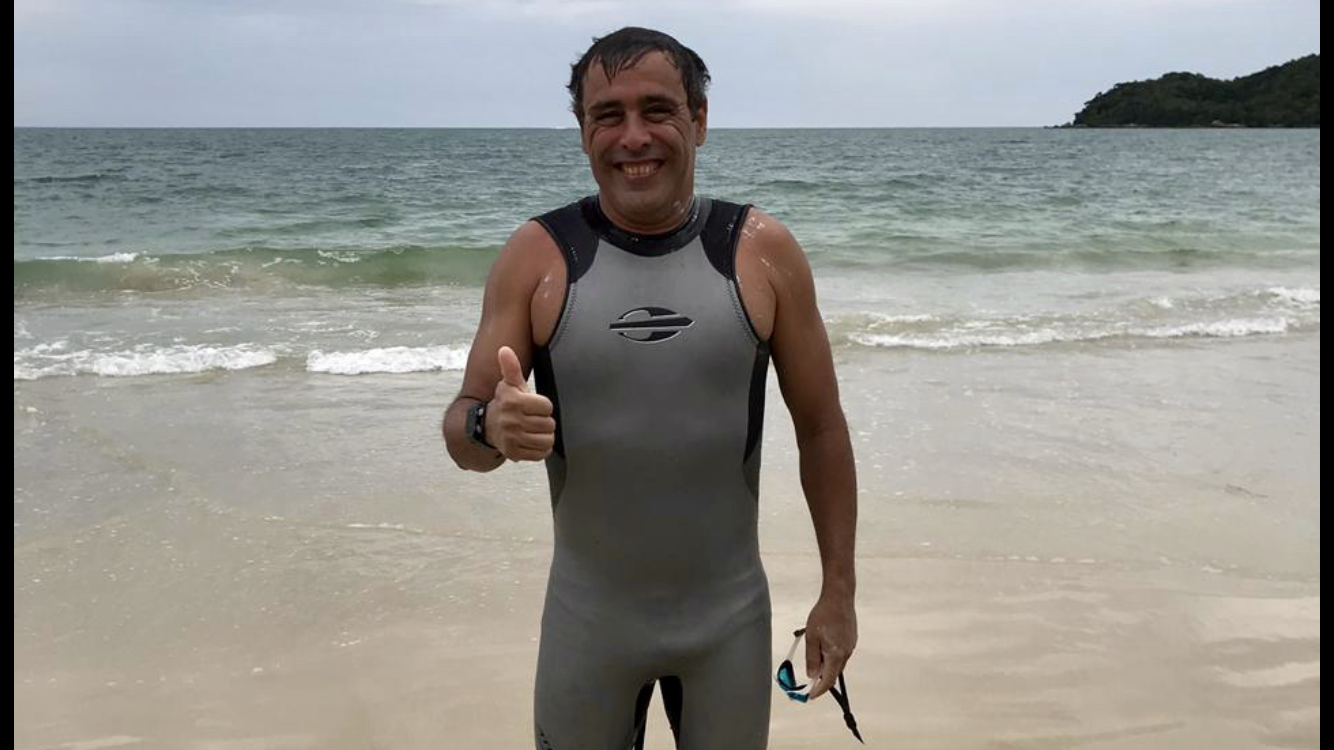 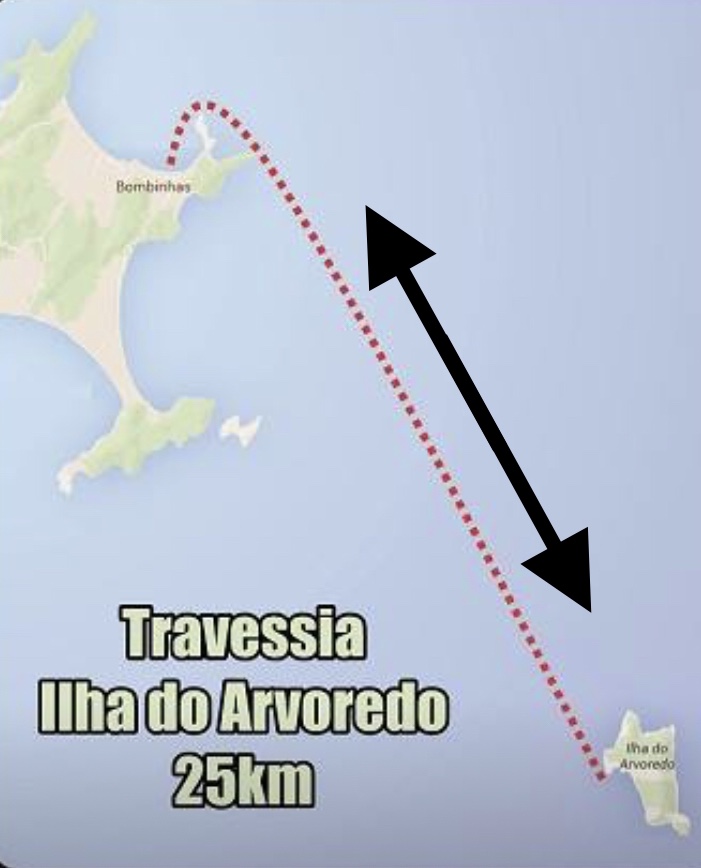 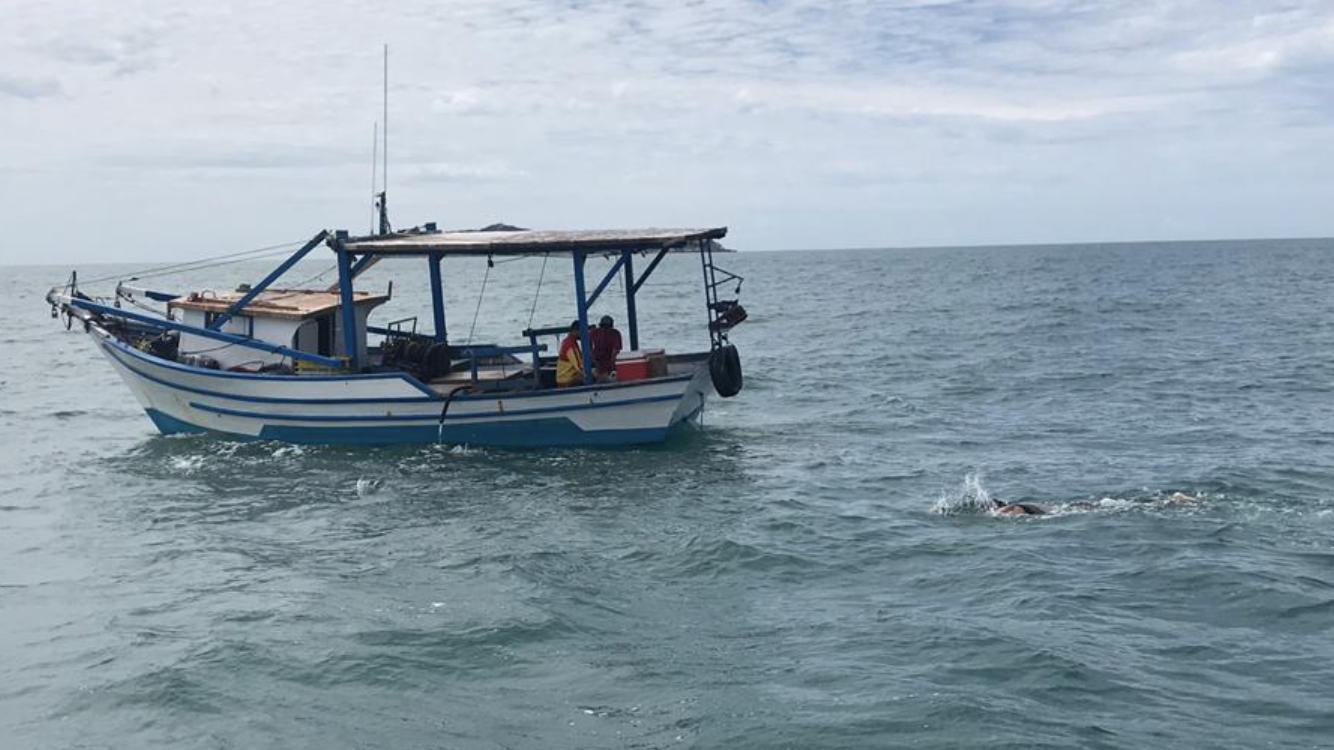 In 2007, Dailza Damas first envisioned a unique swim in the beautiful Arvoredo Marine Biological Reserve (Portuguese: Reserva Biológica Marinha do Arvoredo) in Brazil. He thought of a 25 km crossing between the Arvoredo Island and the mainland along Santa Catarina.

The pioneering of the subsequently named Travessia Ilha do Arvoredo took three more years to achieve. Cassio Ricci and Carlos Trautwein Bergamaschi became the first swimmers to cross the 25 km channel in 2010.

Arvoredo Island is an island, a biological reserve located off the coast of Brazil.

Yesterday, Adherbal de Oliveira, who oversees the 36 km Travessia do Leme ao Pontal along the Rio de Janeiro coast in Brazil, became the first person to attempt and complete a 50 km two-way crossing.

He described the experience, “Arvoredo Island and its surroundings are one of the most beautiful places on the Brazilian coast. It is located in Bombinhas and is characterized by its transparent waters and rich marine fauna.

I am training for a 42 km Molokai Channel crossing this coming July [his fourth of the Ocean Seven channel], so I asked the event organizer to challenge myself to attempt a 50 km round trip swim in an open sea course with great influences of the winds. I started at 2:30 am with a forecast of good winds during the morning, but there was a prediction of worrisome winds in the late afternoon.

After enjoying 5 hours 45 minutes of swimming with good currents and winds, I arrived in Arvoredo Island. The first leg was complete.

Upon my return, I had to fight against the winds, currents and waves. I had to swim using a lot of strength to maintain a rhythm between 3 and 4 km per hour. As I approached the South American continent, the currents became stronger that required a lot of physical and mental strength.

With 6 km remaining, I almost gave up. The conditions were raging against me so much that I was not moving forward. I had to swim very hard to minimize the currents.”

Finally, after swimming 14 hours 16 minutes, he became the first swimmer to complete a two-way crossing of Arvoredo Island.

“I feel my preparation for the Molokai Channel is very good.”