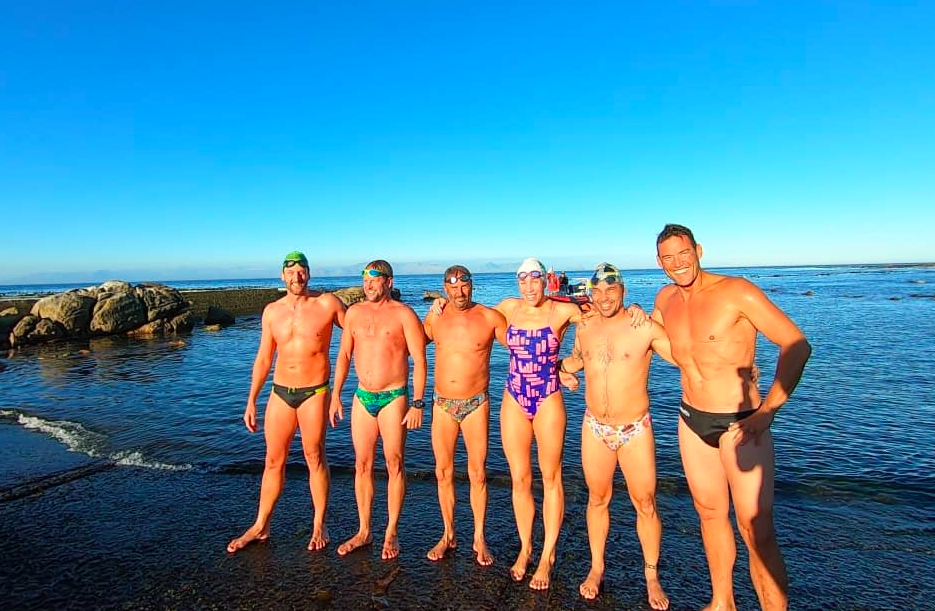 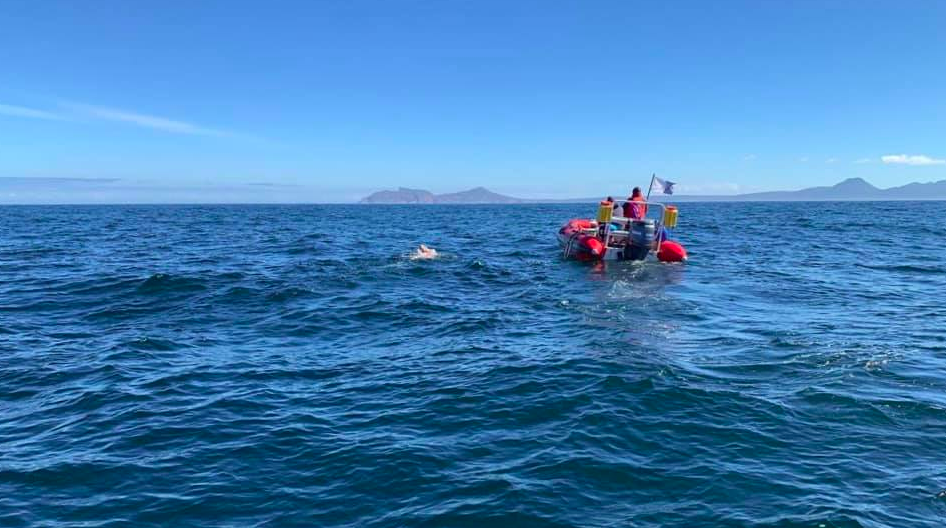 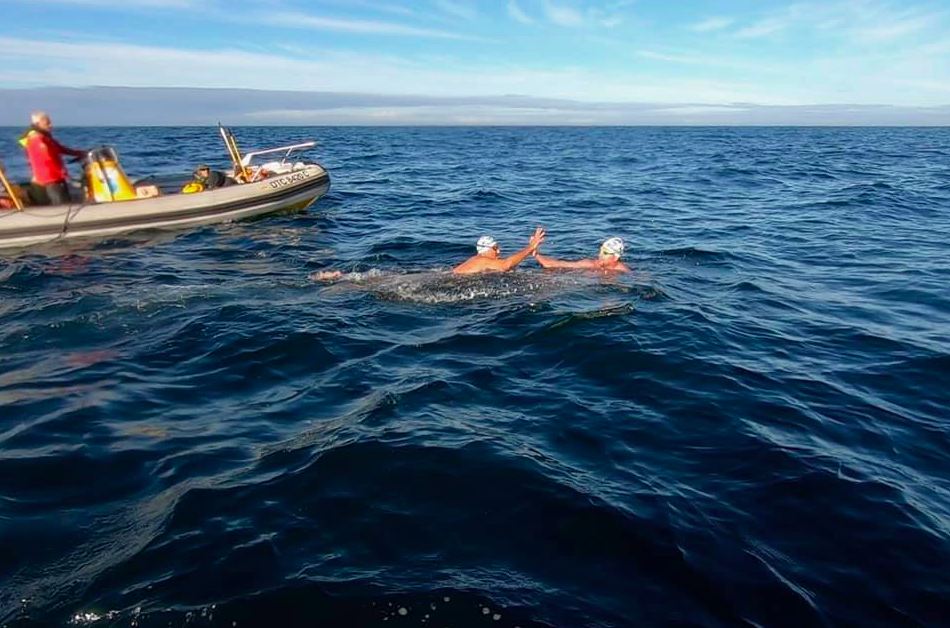 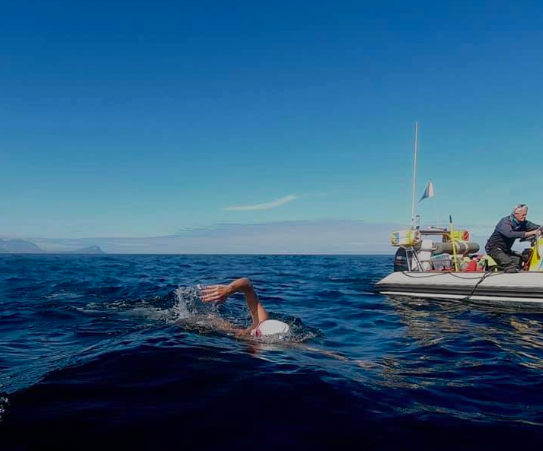 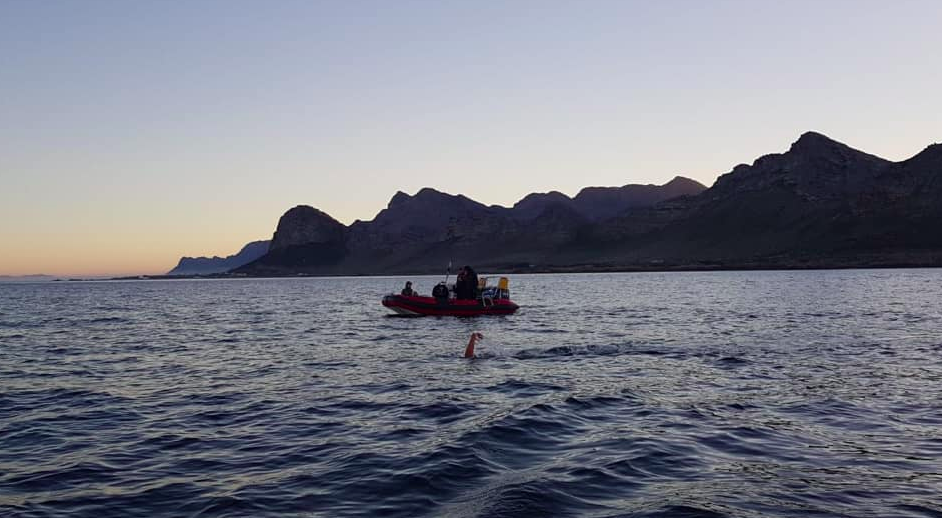 False Bay is the largest true bay in South Africa and one of the great bays of the world. Its coast is a continuous collection of beaches, valleys, seaside villages and hamlets, their narrow avenues lined with quirky and quaint shops, hotels, restaurants and pubs.

Swims across the English Channel are the famous relays in the world. But here in South Africa, we have our own crossing that is as long and even more difficult than the English Channel. We have great white sharks in our channel swim rather than huge container tankers.

We decided that we need to raise the profile of crossing False Bay and hopefully the 34 km crossing can attempted by many more people in the future. We want to make False Bay our own South Africa channel. It is cheaper, beautiful and does not have massive tidal flows and is a fairly straight line course. In the summer, water temps can be around 16-20°C.

We decided to swim between the furthest two points on the bay: Pringle Bay to Buffels Bay near Cape Point.

We follow the English Channel rules where six swimmers each swim non-stop an hour at a time. Our changeover in a high five in the water

“The water temp started at 12.6°C and dropped to 11°C for a big chunk of the swim,” explained Barkai. “The water went up to 14°C towards the end. The swim took us a total of 10 hours 2 minutes when we saw many seals, jellyfish, blue bottles, and a hammerhead shark deep below us. The sea was flat at the start and later turned quite lumpy for few hours, but the waves and swells dropped towards the end.”