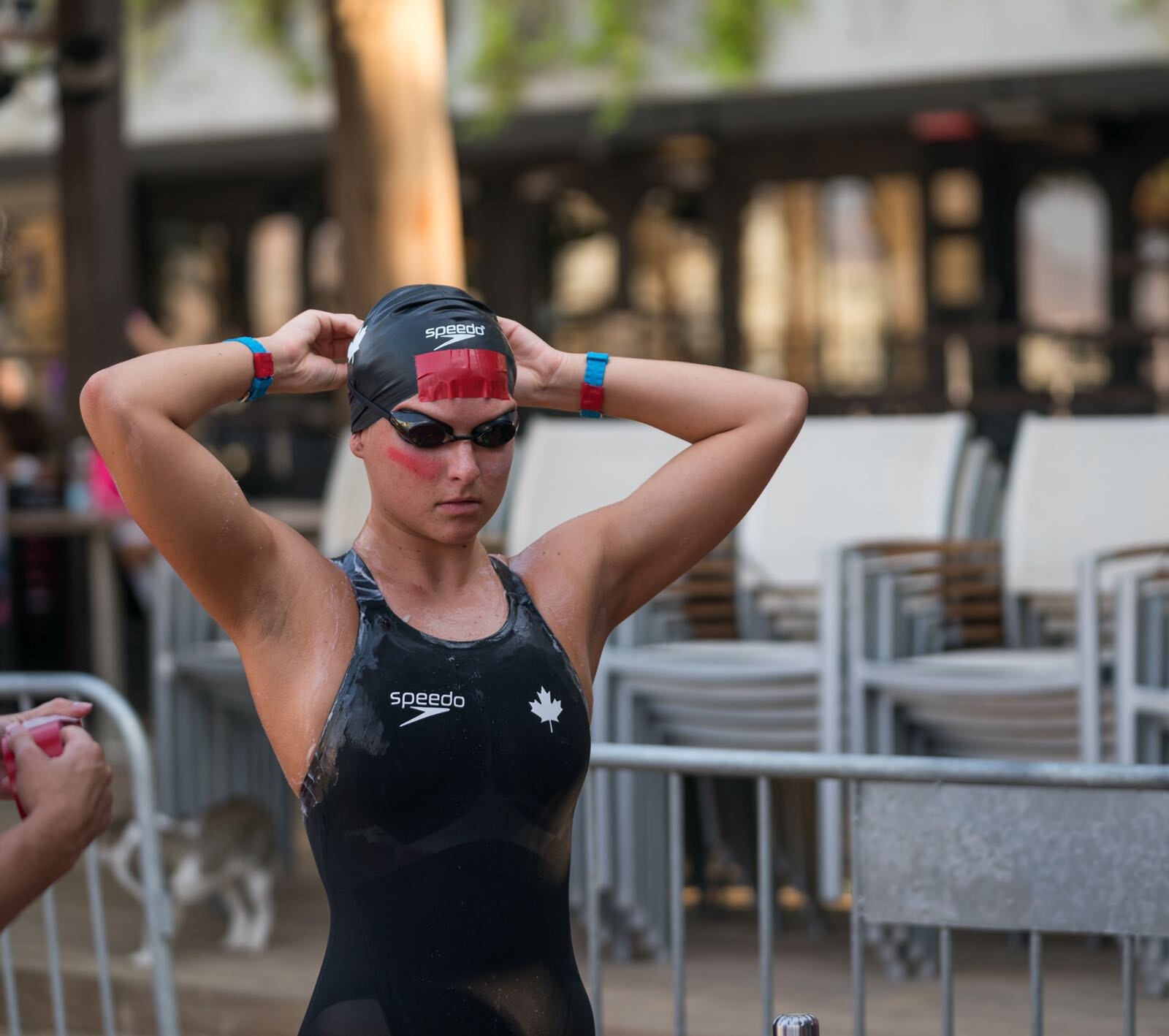 Kate Sanderson and Jon McKay will head the Canadian contingent at the 2019 FINA World Championships that will be held in South Korea in July.

Four members of Team Canada will try to qualify for the 2020 Tokyo Olympic Games 10 km marathon swim in the warm flat-water course.

Seven Mile Beach in the Cayman Islands, also warm and flat, was the closest possible location to Canada that replicates the expected warm and flat conditions expected in both Korea and Tokyo.

“I knew Eric [Hedlin] and Hau-Li [Fan] have a lot of back end speed. I just wanted to make sure that I got out ahead and had a good finish there, which I was able to do,” McKay said who mostly followed them on the six-loop course and won a close race. “I was definitely like, 500 more meters, I would have been toast. They were gunning me down and I was just trying to do it for the lads.”

“Coming into the last 100 meters into the finish I knew I had a good chance of still making the team, so I just sprinted,” said second-place Fan. “It’s good I made the team, but I wanted to swim that race like I wanted to win from start to finish. Going to [the World Championships], it’s going to be a really deep field and if I want to be Top 10 you’ve got to be at the front from start to finish. I’ve still got a little bit of work to do.”

Hedlin, a former FINA World Championship medalist in the 5 km, and fourth-place Raben Dommann will represent Canada in the 5 km race in South Korea.

19-year-old Kate Sanderson dominated the women’s qualification race. “I was leading most of the race and quite a few of us were swimming in a line. I felt like if I did that the whole race, I might not have as much in the tank at the end. I knew that if I got a draft, even if it was for like 20 or 30 seconds, that the girls would break up because the guys would trample over them and you can’t really tell who’s who. I got quite a good draft so that kind of made the difference on the fourth lap.”

Another teenager, 17-year-old Chantel Jeffrey, qualified second just ahead of 3-time Olympian Stephanie Horner. “It’s awesome. It’s everything I could have asked for. I felt really strong and we started to pick up pace but it wasn’t too fast, we weren’t sprinting. By the last, about four buoys, I just kind of picked up pace. I could see the other girls beside me. On the last one, I just kind of bolted it. I knew I had the speed.”