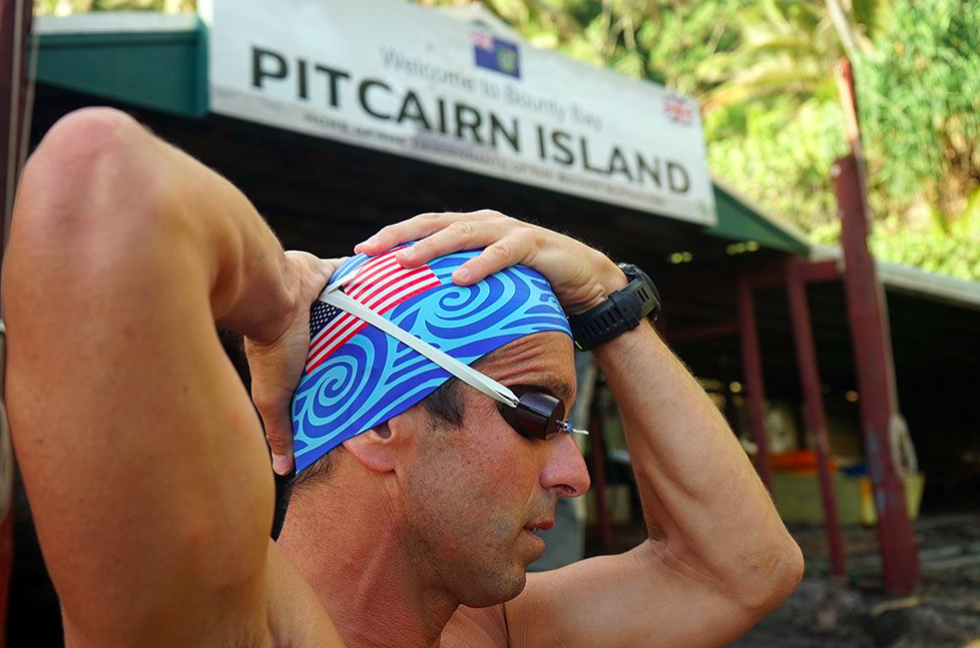 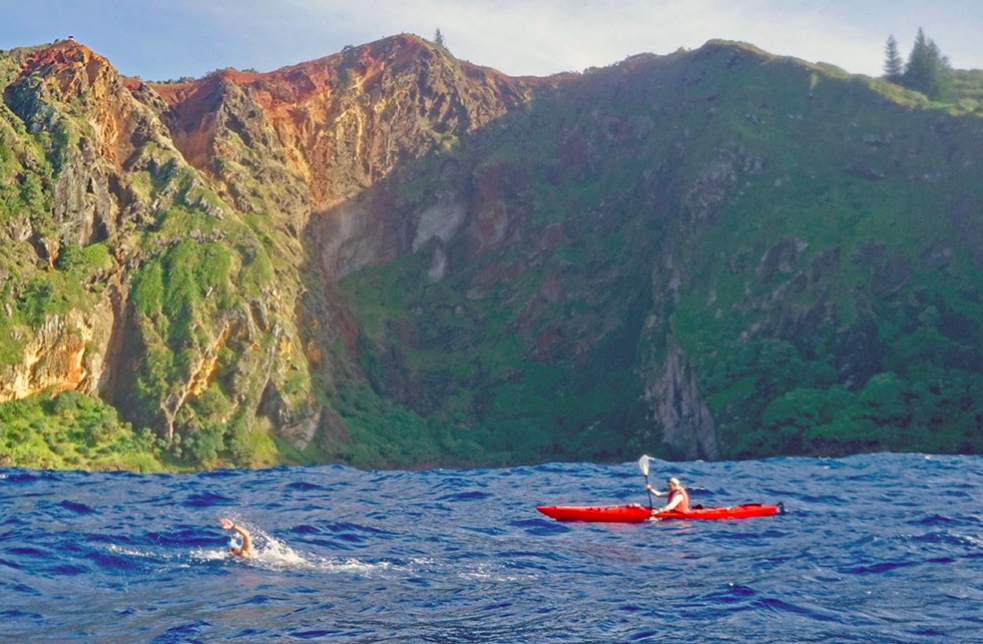 Pitcairn was Kostich’s fourth circumnavigation swim of his career en route to a Circumnavigation Seven. He has already completed solo circumnavigation swims around Naples Island in Long Beach, California (4.3 km numerous times over the last few decades, see training course on left), an 18 km swim around Bora Bora in French Polynesia in 2013, and the 20.1 km Swim Around Key West in Florida (in 1998 and 1999).

On his second day on Pitcairn Island, he set off despite less than ideal conditions. “We had clear skies allowing for better visibility; hence, [more] safety in the high surf. Everyone is safe which was most important to me. I’m so grateful for everyone’s support.”

Kostich explained his unprecedented circumnavigation, “Pitcairn is the least populous and most remote national jurisdiction in the world. The Pitcairn Islanders are a biracial ethnic group descended mostly from nine Bounty mutineers and the handful of Tahitians who accompanied them, an event that has been retold in many books and films. This history is still apparent in the surnames of many of the islanders. Today there are approximately 50 permanent inhabitants, originating from four main families.“

Stephen Childers and James Finnerty of Lupine Travel who obtained the necessary clearances for the swim attempt with the island locals, served as part of his escort crew.

His first-hand account of his swim is posted here.