Skip to content
When Race Officials Are Ignored, Fair Is Fair 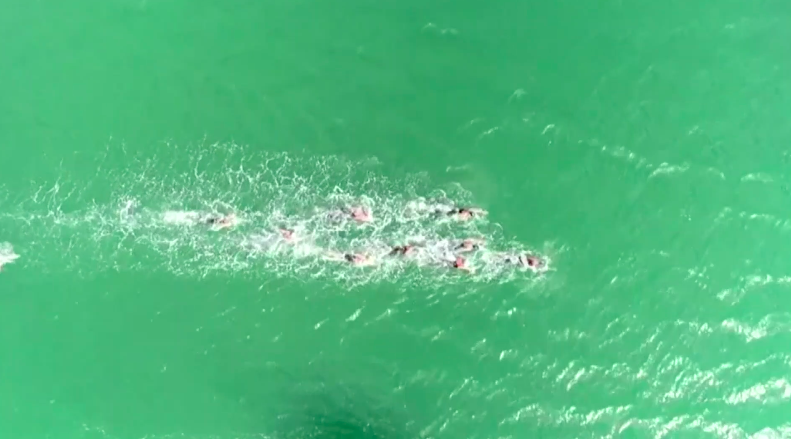 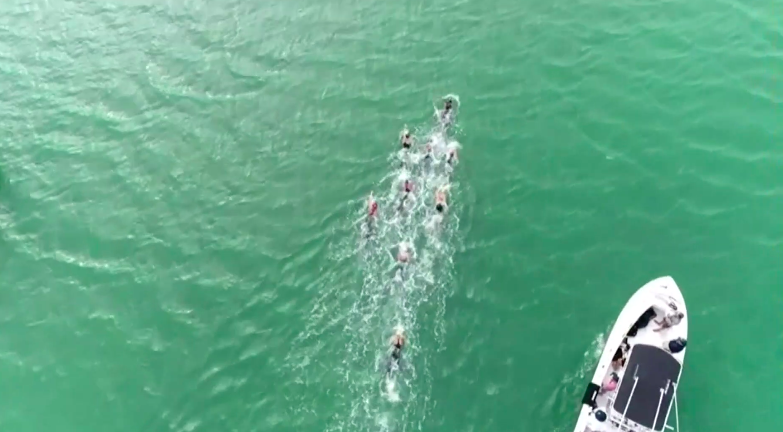 2nd Infringement:
A red flag and a card bearing bearing the swimmer’s number shall be raised by the Referee (OWS 3.6) to indicate and to inform the swimmer that (s)he is for the second time in violation of the rules. The swimmer shall be disqualified. He must leave the water immediately and be placed in the escort craft, and take no further part in the race.

If an athlete who is clearly disqualified during a race ignores the referee’s decisions and ignores the fair adjudication of the rules, then the law of unintended consequences can occur and the careers and performances of other athletes can be negatively impacted.

“As soon as the referee whistled and pointed the red flag at Jack, he started to breathe in the other direction. He specifically ignored the repeated whistles, even as the referee clearly wrote his number on the whiteboard. Jack continued to swim and ignore that referee’s actions and decisions. His actions were in clear violation of the rules of the sport and an act of defiant protest of the referee’s decision,” recalled Steven Munatones who witnessed the entire episode between Burnell and the referees and administrators on the lead boat.

“The USA Swimming referees and administrators on the lead boat did their job correctly. They followed the globally accepted procedures and rules. But Jack just kept on swimming and racing and engaging the rest of the swimmers in the lead pack.

Jack’s presence in the race had a direct impact on other swimmers including Olympian Andrew Gemmell. When he should have swum over to the official boat and taken himself out of the race, he stayed in the lead pack instead. This is just totally wrong in my opinion and created an unfair condition for the rest of the swimmers in the lead pack
.”

But similar to Burnell, Moore stayed in the lead pack – much to the disappointment of her competitors. The swimmers know the rules. As professionals, it is their job to know – and respect – the rules. But Moore kept on swimming, claiming that she did not know she received a disqualification.

Munatones observed, “In my opinion, this is an extremely important issue for officials and administrators to address. Imagine a basketball player or football [soccer] player or a track athlete getting disqualified during a competition, and the remain in the game or race. Other sports simply would not accept this situation. The great thing about athletics is the global acceptance of rules that govern their sport. But when these commonly accepted rules are not followed – especially in national championship events where national team positions, sponsorships and slots for world championships and Olympics are involved – then the sport needs a review of its procedures and rules.

There needs to be consequences of athlete’s actions like Burnell and Moore. A lifeguard or paddleboarder or kayaker can stop the athlete in the water, even if it gets physical. If the athlete cannot be physically removed from the water, then the post-race consequences of the athlete’s actions must be severe – like not allowing them to swim in future national championships or world championships or future events of significance or a cash penalty
.”

If swimmers who are disqualified who ignore the referee and continue to race, their presence can directly and negatively impact other competitors. When disqualified athletes stay in the race, there will be effects that are unanticipated or unintended. And that is just not right or fair.

“When or if the governing bodies make a decision on how to police and adjudicate the actions of swimmers who ignore and disregard referees on a course, these types of actions are effectively and quickly stopped,” commented Munatones. “One example of this was when wrist transponders were introduced to the sport. Initially, some swimmers purposefully took off their wrist transponders for various reasons. Then, the governing bodies ruled that all swimmers must finish the race with both transponders on their wrist – or their swims would not be rules officially. Guess what happened? The race directors suddenly saw an immediate reduction in the number of wrist transponders that were “lost” during the race on the race course.

It was a case of problem identified and problem solved
.”