Skip to content
Will There Be Silver Lining For Haley Anderson In Tokyo? 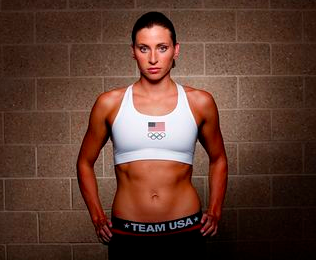 Will There Be Silver Lining For Haley Anderson In Tokyo?

Haley Anderson has always been fast in the water, winning races both nationally and internationally.  She has long swum in the open water from her childhood home in Granite Bay, California.

But it was at the 2012 London Olympic Games where she put those two experiences together, earning a silver medal in the Olympic 10K Marathon Swim to Éva Risztov by a slim margin of 0.4 seconds.

Dial forward four years and she finished a disappointing fifth in the Olympic 10K Marathon Swim in Copacabana Beach, Brazil.  She continued training hard over the next Olympic quadrennial, but finished second in the 5 km Team Relay, fifth in the 5 km solo race, and sixth in the 10 km marathon swim at the 2017 FINA World Championships and won a gold at the 2018 Pan Pacific Swimming Championships [see video below].

As she hovers around the podium at international competitions, her dreams of Olympic goal continues.  Her next step to achieve her ultimate goal at the 2020 Tokyo Olympics will come later this month in Gwangju, South Korea where she will compete to qualify for her third straight Olympics in the 10 km marathon swim at the 2019 FINA World Championships.  She must place in the top 10 – a very reasonable expectation – to qualify for 2020.

But her Olympic involvement will continue for many more years as Anderson was also appointed on the Athletes Advisory Commission for the 2028 Los Angeles Olympic Games.

In the most recent issue of Swimming World Magazine, Anderson presents her tips and techniques for competing in the open water – read on here.