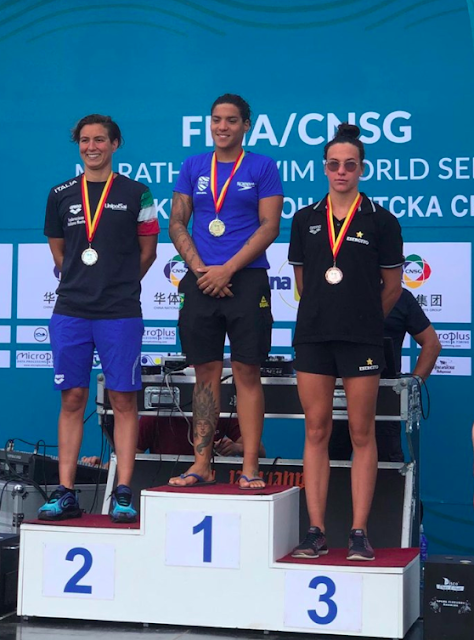 Ana Marcela Cunha of Brazil continues to extend her domination of all things FINA with another career victory on the 7th leg of the 2019 FINA/CNSG Marathon Swim World Series held in Lake Ohrid in North Macedonia on August 28. With a time longer than most FINA 10 km races, the Brazilian smiled again from atop the podium.

Cunha won in 2 hours 11 minutes to capture gold for the fourth time out of seven races in this season’s World Series.

Despite being 2.5 seconds behind Cunha, Rachele Bruni podium results throughout the seven legs of the series has given her an overall lead ahead of Cunha.

The 2019 FINA/CNSG Marathon Swim World Series has two more races, the next one is held September 7th in Nantou Taiwan and on September 29the in Chun’An, China.