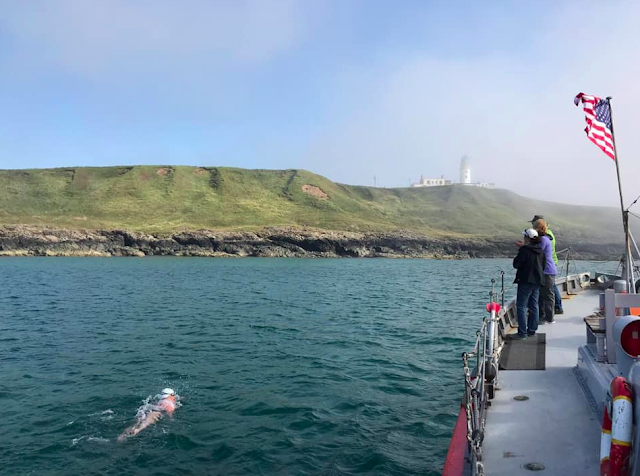 Liz Fry has set the standard as a prolific solo marathon swim for years, decades. She became the oldest individual – male or female – to achieve the Oceans Seven with an 11 hour 13 minute crossing of the North Channel from Northern Ireland to Scotland on August 25th.

After a long career as a marathon swimmer and race director, she was selected as an Honour Swimmer in the International Marathon Swimming Hall of Fame’s Class of 2014.

But retirement is not in her vocabulary, at least when it comes to the open water.

Her track record is beyond incredible – and it is undoubtedly not yet over: