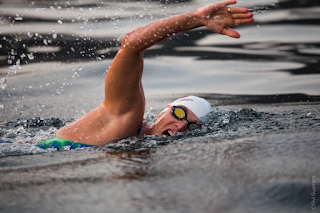 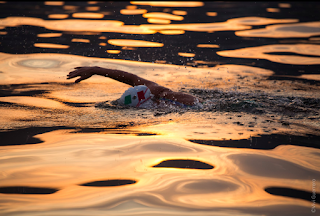 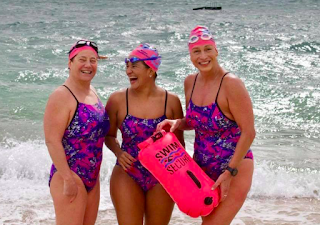 Mariel Hawley Dávila became the third Mexican and the 15th person in history to complete the Oceans Seven in New Zealand in March 2019.

Swimming on the same day as her close friends Nora Toledano Cadena and Elizabeth Fry who completed a tandem crossing of the Cook Strait, she completed the swim from the North Island to South Island in New Zealand in an unofficial time of 11 hours 45 minutes.

Hawley wrote before setting off on her latest success, “In a few hours, I will be in the sea, swimming the Cook Strait simultaneously with Nora Toledano and Elizabeth Fry.

Thank you Nora for one more [crossing] and especially for the path and everything we have shared that follows our path like this, sharing many strokes and that today the sea will strength us in love and friendship.”

International Marathon Swimming Hall of Famer Fry is nearly there with 6 of the 7 Oceans Seven channels now completed.

While Hawley’s crossing of the Cook Strait from the North Island to South Island in New Zealand took her 11 hours 45 minutes, there were many more hours that she spent training, preparing, planning, and traveling for her last Oceans Seven channel.

She had time to reflect on her journey to complete the Oceans Seven.  “I have so many thoughts going through my mind but also, so many emotions and feelings that it is hard to put them into words.

I came to New Zealand fully aware that the Cook Strait is known to be a hard swim, but it turned out to be an epic one. This was my seventh swim for Oceans Seven and I simply wanted to flow. Swimming makes me feel that I am one with the planet, its beauty and the strength of its oceans.

While I was swimming I reflected upon swimming as the process by which I reap zest for life as well as the process which brings me a lot of peace much in the tradition of Corazón de Mar – @Like the Heart of the Sea: Always at Peace, my book that was just translated into English.

With this in mind, I was able to complete a personal challenge which, at times, felt insurmountable.

I was grateful for a beautiful day to cross the Strait. I was happy and honored to simultaneously swim on the same day as the tandem swim by Nora and Liz. I was thankful of Nora coaching me for so many years and for the support of my dear friend Gela Limonchi.

Inevitably, as it is with all challenges, there comes a time when one comes face to face with their own edge.

When every fiber in me ached with each and every stroke I took, my heart and my spirit prevailed and my thoughts went to my children Lalo and Andrea and all we have struggled as a family since my husband Eduardo passed away in 2015.

I managed to swim the last few meters in total darkness with the exception of the green and red lights from the accompanying dingy now sitting at a distance from me. When I finally made it to the rocky shore of New Zealand’s Southern Island, my goggles were filled up with tears and my mind evoked one single thought of gratitude and that was: Thank you.

In that dark place, I felt like I was glowing.

Perched among the southern island’s rocks, I suddenly realized that I was one among three Mexicans to have successfully completed the Oceans Seven challenge and that the three of us, Nora Toledano, Antonio Argüelles and me from Mexico are among 15 people in the world to manage this monumental feat.

Cook Strait made me more aware and conscious about who I am and what I really want. Having completed the challenge my thought process is to inspire as many people as I possibly can so that they, too, can make their dreams come true.”