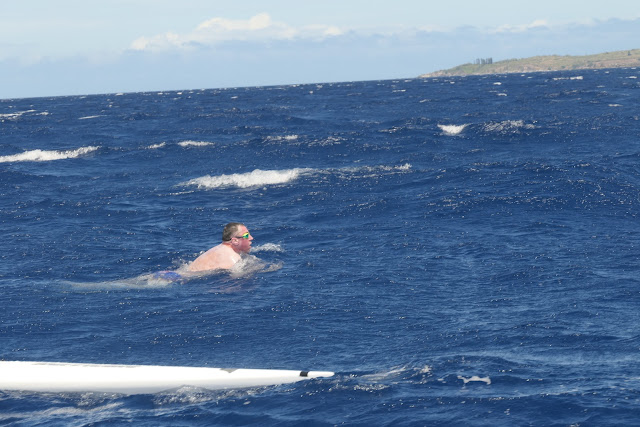 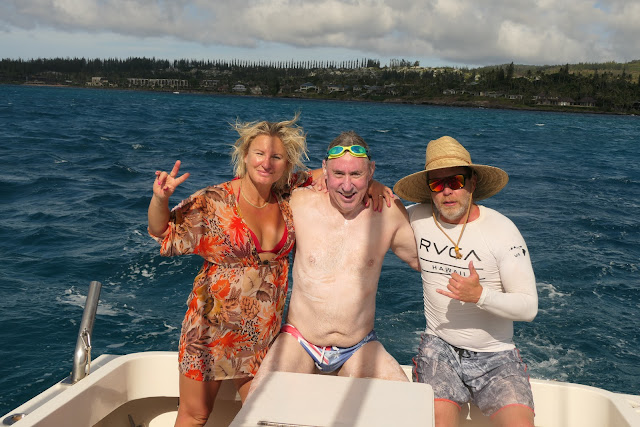 Andrew Davis from the Tattersalls Club and Cronulla Surf Lifesaving Club in Sydney, Australia completed a solo crossing of the Maui Channel on September 16th.

Hundreds of swimmers from around the world have swum freestyle across the 14.1 km channel between Lanai and Maui, including Dr. Davis in 2006 in 6 hours 47 minutes. But on September 16th, the 60-year-old became the first person to complete a solo crossing swimming breaststroke.

He started at Club Lanai on Lanai at 5:58 am and finished after 9 hours 26 minutes at Napili Bay on Maui at 3:42 pm, due to the strong current.

He explained his challenge and achievement in an interview with The Maui News, “Because it’s never been done. I thought it’d be pretty cool to be the first person to cross the (‘Au’au) Channel solo breaststroke. Secondly, I have been doing a lot of training for the Australian Masters Games, which are held in Adelaide, Southern Australia [in October]. I thought because I’ve done such a lot of training, I thought I could put it to good use and do a preliminary swim across the Channel before I went in the competition.

I’ve done many training sessions, particularly on the weekend, where I’d swim for 10 hours, 25 kilometers breaststroke.

The current was so strong doing breaststroke, that blew me way past Black Rock –that’s why I finished at Napili Bay.“

With his charity swim, he raised US$6,850 for The Sydney Retreat, a private, not-for-profit residential alcohol and drug recovery program in Sydney. “I thought it would be selfish if I was just to do the swim for me,” he explained. “There had to be something more to it and a colleague of mine, a medical colleague of mine, is setting up this rehab facility. He sent an email to me asking if I would be interested in donating to the organization. I said, ‘Sure.’“