Skip to content
Freestyling For Four, The Heroic Comeback Of Sarah Thomas 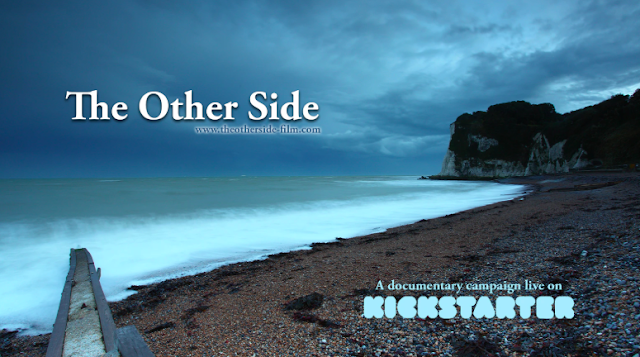 Freestyling For Four, The Heroic Comeback Of Sarah Thomas

Sarah Thomas was not supposed to do this. But she is.

She was not projected to be here. But she is.

She was fought back from the depths of cancer and is now in her swim window, waiting to become the first person to swim a four-way crossing of the English Channel.

Four ways is 134 km in cool-to-cold unpredictable waters. It is a frankly unfathomable distance in the world’s most iconic stretch of water between England and France.

While she can rest, eat, hydrate or re-apply skin ointments for up to 10 minutes between each of her 33.5 km crossings, it may be anywhere from 40 – 60 hours in the Channel.

She is prepared. She is ready. She is capable. In 2017, she completed a 168.3 km 67 hour 16 minute crossing of Lake Champlain in New York and Vermont. But swimming in a relatively calm lake is nothing like swimming in the dynamically challenging English Channel.

She told Tom Allen of the Financial Times, “Last October I found a lump in my breast. I was officially diagnosed with breast cancer in November. This time last year, I couldn’t swim and really wasn’t sure what was possible for my future.”

She overcame cancer with a combination of chemotherapy, surgery, and radiotherapy with an uncommon amount of courage and focus that can only be described as superhuman.

And her unprecedented four-way Channel crossing – if successful – would surely qualify as a superhuman achievement.

“But even more profoundly inspirational is the fact that Sarah is even mentally and physically prepared to attempt this swim,” said Steven Munatones. “She has built herself back up from the depths of cancer to potentially the most impressive channel swim of modern times – or arguably in the history of the sport of marathon swimming. Mind-boggling truly fits as a description of her attempt.”

A film of this real-life modern-day heroine – called The Other Side – is being created by Jon Washer . To support this Kickstarter project together with over 200 financial supporters, visit here.

Washer explains the Kickstarter campaign, “The Other Side is an in-production documentary short film covering Sarah Thomas’ upcoming English Channel quadruple crossing attempt scheduled for September 2019 — that’s four consecutive crossings without stopping that could take upwards of 50 hours to complete.

Production has already begun on the documentary, and we are turning to Kickstarter to help us fund the effort during the two-week swim window that she has to make this attempt. The money from this Kickstarter will be used for all UK-based logistics (which includes driving back and forth between UK & France, hunting down Sarah and her crew on a chartered boat, etc.) and covering all the costs of needing to stay in the UK while awaiting a passable weather window for the swim attempt.

It is important to note that this Kickstarter is dedicated solely to funding the documentary project itself. We are working closely with Sarah as she prepares for her swim. But the logistics of her trip, and her crew are independent of this project.

We are making this documentary to cover the attempt, and will frame the story around both the effort and the results.”