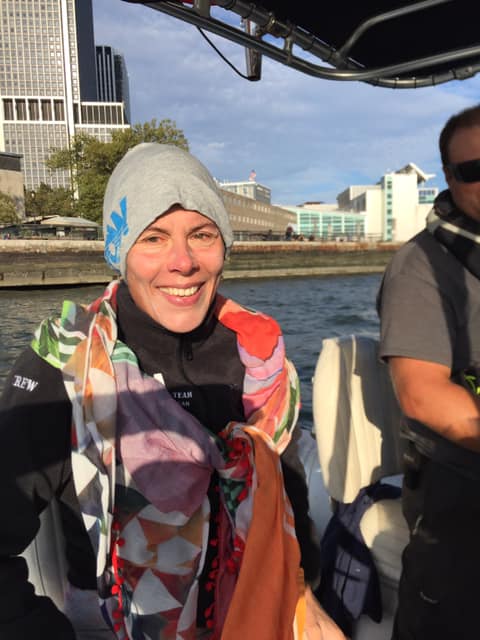 During the off-season and midseason, Rondi Davies is always busy planning, organizing, mentoring, and preparing for numerous quiet swims and events on the New York Open Water season.

But she remains in top shape and a world-class marathon swimmer herself.

The 49-year-old is the third swimmer to complete this route after Kris Rutford in 1995 (17 hours 48 minutes) and Fry in 2009. Davies also holds the women’s record for the standard counter-clockwise swim around Manhattan Island in 5 hours 44 minutes 47 seconds set in 2011.

The ‘Reverse Manhattan’ as this swim is known, is a more challenging swim because of the difference in tidal flow. While swimmers enjoy fast tidal currents swimming up the Hudson River, they spend most of the distance of the Harlem River swimming against the current before arriving at the East River and enjoying a strong push to the finish.