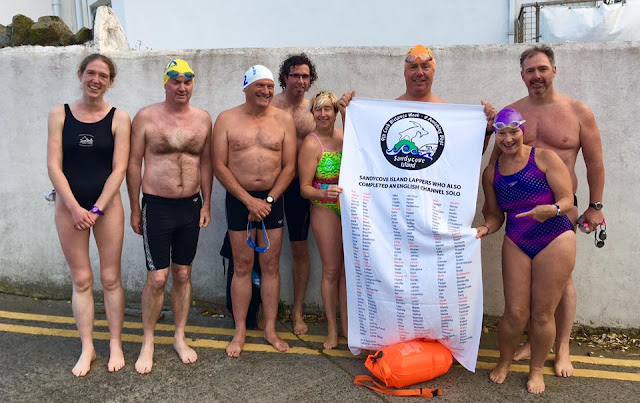 International Marathon Swimming Hall of Fame Honor Swimmer Michelle Macy was in Dover this weekend. She noticed that Bel Lavers was sitting on a towel with her name on it. She wondered who made the towels.

The ubiquitous Ned Denison answered, “The towel lists all the swimmers who successfully crossed the English Channel and completed a lap around Sandycove Island in Cork, Ireland.”

Ned Denison will speak at the 2019 WOWSA Ocean Fest in Redondo Beach, California on October 4th where he will share his experiences and passions of open water swimming from his unique perspective as chairperson of the International Marathon Swimming Hall of Fame.