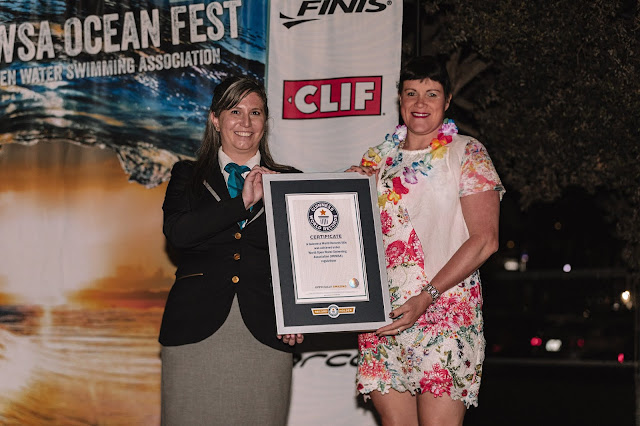 Carmel Collins of Ireland was honored by Guinness World Records for the Longest Distance Ice Swim by a Female at the 2019 WOWSA Ocean Fest in Redondo Beach, California.

“Her acceptance speech was one of humility and courage, passion and dreams,” recalled Steven Munatones. “She spoke softly, but the depth of her words sparked admiration and instilled motivation to all who were listening – and she was speaking in front of many luminaries in the sport, from Ned Denison and Ion Lazarenco Tiron to Ram Barkai and Josef Köberl.”

The Guinness World Records for ice swimming are ratified by the International Ice Swimming Association for bioprene swims of at least one kilometer in water confirmed to be performed under 5°C water.