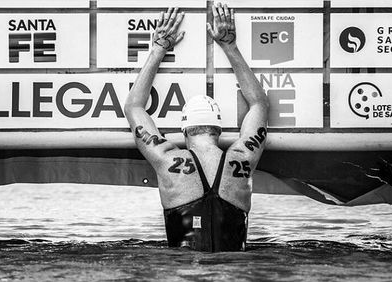 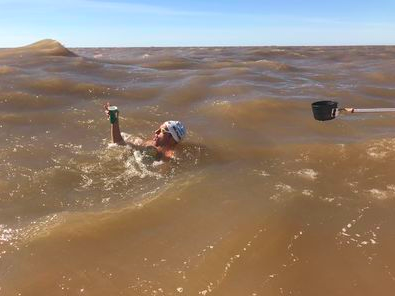 And an inductee (Honor Swimmer) in the International Marathon Swimming Hall of Fame, Class of 2020.

“Damián is always there at the finish, whether he finishes first or he finishes out of a podium position,” observed Steven Munatones. “Damián is just not going to give up. He will swim anywhere anytime against anyone. He loves challenges and always rises to the occasion. It is people like Damián – and his wife Esther Nuñez Morera – who embody the sport of marathon swimming – and have done so over a long, long time. The first time Damián competed in a FINA professional marathon swim was in 2002 – and he is still going at it.”

The induction ceremony for Blaum and the rest of the honorees will be held in New York City on May 2nd 2020.