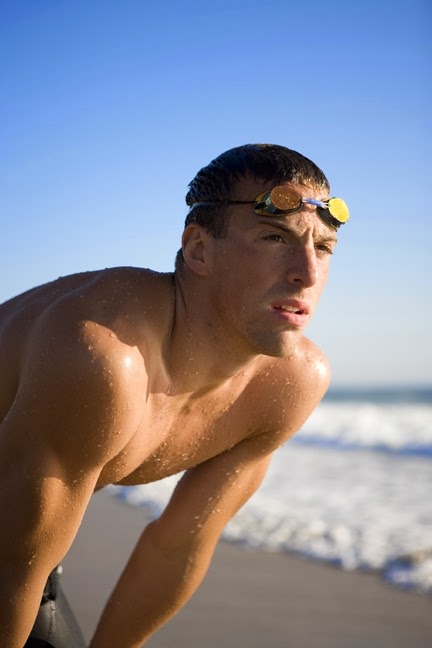 “They can’t find Fran,” said Shelley Taylor-Smith in a tone that immediately scared Steven Munatones who was in New York at the time of the telephone call.

“What do you mean, they can’t find Fran?” Munatones asked to the FINA Technical Open Water Swimming Committee member and its former Honorary Secretary.

It was a day never to forget in the open water swimming world.

Fran Crippen, an International Marathon Swimming Hall of Famer, was a gentlemen. A hero. An inspiration. His legacy is not only as a world-class athlete, but as someone anyone would be proud to have as a son, brother, teammate and friend.

On the 9th-year anniversary of Crippen’s death in Dubai at a FINA World Cup race organized by FINA Technical Open Water Swimming Committee member Ayman Saad, swimmers and coaches remember him with great respect, in awe of his life and legacy.

But with FINA officials still struggling with properly organizing and safely administering its own rules concerning water quality and maximum water temperatures, the legacy of Fran Crippen runs up against long-standing FINA policies and administrators. Even less than a year after his death, for example, Dr. David Gerrard of FINA’s Sports Medicine Committee gave his approval for swimming in water above 31°C at the 2011 FINA World Championships in Shanghai, China. His insistence that swimmers could safely handle warm-water conditions under a bright sun and high humidity with tight black tech suits on was in direct contrast to world-class athletes being taken to the hospital and being rescued in the water.

“Just because a handful of swimmers competed well under those conditions – like 25 km gold medalists Petar Stoychev and Ana Marcela Cunha – it does not mean that the conditions were safe,” recalled Steven Munatones who dove in the water to rescue a badly overheating German swimmer at the request of the German coaches. “This is where Dr. Gerrard and his FINA colleagues are mistaken, I believe. They equated some swimmers being able to finish as a safe competition.”

With the more recent overheated conditions at the World University Games in Korea, the test event for the 2020 Tokyo Olympics in Tokyo Bay, and the World Beach Games in Abu Dhabi, all run under the administration of FINA officials, Crippen’s focus on safety needs further focus and attention.

Thinking about what Crippen had been lobbying before his death for FINA-sanctioned and FINA-officiated races, FINA decision-makers always point out that they consult with experts in the field to determine safety standards. In their opinion, experts are medical professionals and researchers.

Munatones counters that stance. “In contrast to FINA’s insistence that non-swimming medical professionals and researchers are the epitome of water safety experts, I believe the experts in the world of open water swimming are the swimmers themselves. In our opinion, the experts with whom FINA and other governing bodies should listen to first and foremost are the athletes. Case closed. Swimming under a bright sun with tight black tech suits on in water near or above 31°C, especially in poor water quality conditions, is a recipe for disaster. And if FINA-officiated races allow this, so do then many local races follow suit.
A focus on safety and the needs of swimmers is what Fran always wanted and pushed for.”

Even without medical educations or research experience, it is the athletes who willingly compete in a sport with inherent risks. Their bodies are THE most practical laboratories for real-world testing; not some far-off research facility with test tubes and syringes. The athletes know first-hand what their bodies feel like and can withstand under extreme conditions. These experienced athletes – swimmers who have done dozens and dozens of swims around the world in myriad conditions – are the real experts. Their collective wisdom and body of cumulative knowledge are second to none when it comes to understanding how the human body can and does react while doing open water races in warm-water conditions.

In contrast, it is unlikely for medical professionals and researchers to know well the physiological stresses that swimmers go through under extreme conditions unless they are an open water swimmer or coach themselves.

Dozens of open water swimmers and triathletes have died worldwide in the open water over the decade. Crippen was not the only individual who tragically passed away. Crippen not only lobbied for himself; he was always unselfishly striving to make those around him and the sport better. That is what he asked for before his death.

He is looking down on us to see what we are doing with his simple, wise and reasonable request.

I had the honor of competing alongside Fran on many USA teams, and my life is forever richer for having known him.”

In the race, Crippen pulled alongside 10 km world champion Chip Petterson towards the end of the race while holding off Olympians Andrew Gemmell and Alex Meyer in a battle for the national title.

“Fran’s fierce competitiveness and his unbridled joy in pushing himself was always an inspiration to watch,” observed Munatones. “He is such a treasure to the open water swimming world and his loss at a FINA competition run by Ayman Saad was a huge blow to the sport.

But his death opened the eyes of the open water swimming community about the dangers of swimming in warm water. People have always been concerned by hypothermia in cold water, but it is really the risk of hyperthermia in warm water conditions that has led to more deaths in the sport on a worldwide basis.“

After many months of deliberation and introspection, FINA instituted many changes including establishing a maximum water temperature rule of 31°C.*

Unfortunately, this FINA rule is sometimes adhered to and sometimes not, depending on the race, coaches and event directors.

The same thing happened at the 25 km race at the 2009 FINA World Championships in Shanghai when the water temperatures exceeded 31°C, but FINA delegates including Sam Greetham and Dr. Gerrard decided it was safe to race in extremely warm water above 31°C – even as athletes were being rescued and taken to local hospitals due to hyperthermia.

World champions Alex Meyer of the USA and Linsy Heister of the Netherlands as well as German world champion Thomas Lurz stood up and pulled out of the 2009 FINA World Championships because of dangerously warm conditions.

Most recently, Team Canada and American world champions Haley Anderson and Ashley Twichell did the same when it came to the World Beach Games – as did several other American swimmers at the World University Games.

Crippen is looking down on us to see what we are doing with his simple, wise and reasonable request. May he rest in peace and may the global open water swimming community have the strength to implement his vision for the sport.

* FINA rules are as follows:

FINA OWS 5.5: The water temperature should be a minimum of 16°C and a maximum of 31°C. It should be checked the day of the race, 2 hours before the start, in the middle of the course at a depth of 40 cm. This control should be done in the presence of a Commission made up of the following persons present: a Referee, a member of the Organising Committee and one coach from the teams present designated during the Technical Meeting.