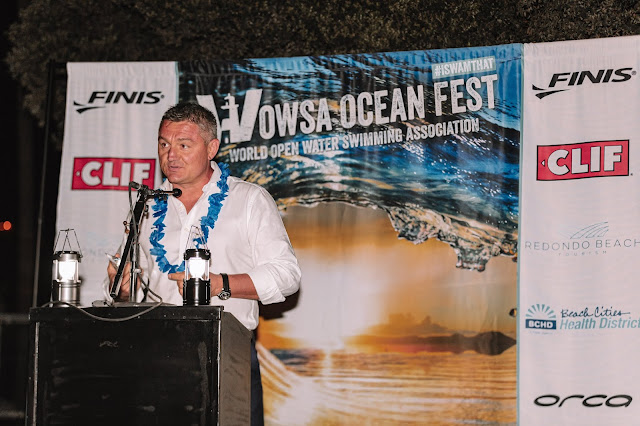 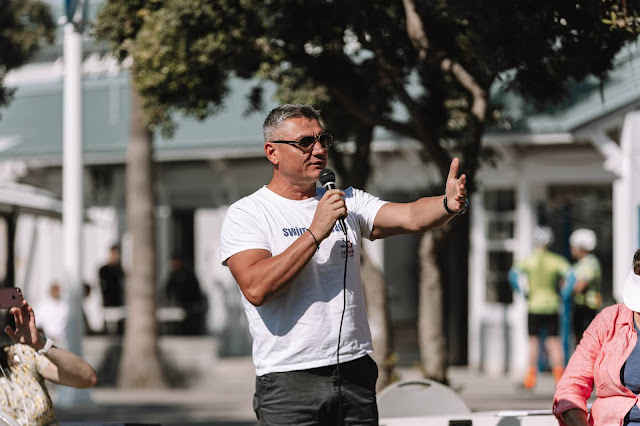 Ion Lazarenco Tiron, a Moldavian/Irish citizen living in Bray, Ireland since 1997, was nominated for the Nobel Peace Prize in 2019 after achieving the Oceans Seven and being named the 2018 World Open Water Swimming Man of the Year last year.

He received his WOWSA Award at the 2019 WOWSA Ocean Fest held over the weekend in Redondo Beach, California.

“His speeches at the Ocean Fest – and his private conversations about his charitable activities delivering wheelchairs to kids in poor areas to his channel swims- were dense with profound meaning and inspiration,” said Steven Munatones. “It is no wonder he is invited to so many countries and by so many organizations to speak and inspire the next generation.”