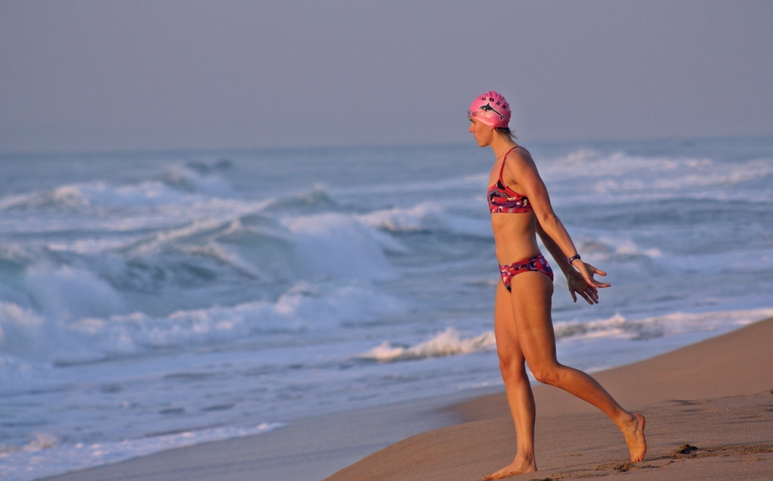 Swimming on behalf of Plastic Oceans, Ferguson was recognized for the fastest circumnavigation swim around Easter Island (Rapa Nui) in 19 hours 8 minutes over 63.5 kilometres (39.4 miles) in March 2019.

Julie Andersen [shown below], Global Executive Director of Plastic Oceans Foundation, accepted the award on behalf of Ferguson and read her speech to the assembled ocean swimming luminaries on the shoreline of Southern California. “It is such a privilege for me to accept this incredible honour and recognition by Guinness World Record Association of my swim, especially in the presence of so many incredible, brave, adventurous and other crazy open water swimmers. From pioneering marathon swimmers to ice swimmers, I am humbled to be able to rub shoulders with all of you.

I have been inspired by people like the late Linda Kaiser, Lynne Cox, Diana Nyad, Lewis Pugh and more recently, Cameron Bellamy. This would never have been made possible without the support of a massive global team (more than 7 different countries were represented in making this swim possible). From the team back home who have been with me for over a decade, Lynne Mackey, Kerryn Gibson, Kirsten Van Heerden, Core Medical physios, Angelika Sandri and my friends and family who kept me focused, fed and motivated.

A massive thank you to Spar Eastern Cape and Plastic Oceans International for funding the swim. Tod Hardin, Julie and William: you guys went above and beyond. To footprint for your generous donation and Jeff for joining us on the island, this is crowd – Jamie for the website and support on the island, Hotel Matua, Konui, Tavu, Toto, Mark, Vivi, my team from South Africa who have been through a lot with me- Rentia, Wofty, John and Sarah Houston. Thank you.

I would like to dedicate this achievement to the late Brian Button – my coach of over 20 years who has been with me from my time as a pool swimmer up until recently. You were like a grandfather to me and the best coach I could ever have asked for. You are missed deeply and your influence will live on as I continue to swim to try and save our oceans.

Finally, to my heavenly father, without whom none of this would ever be possible. Thank you.“ 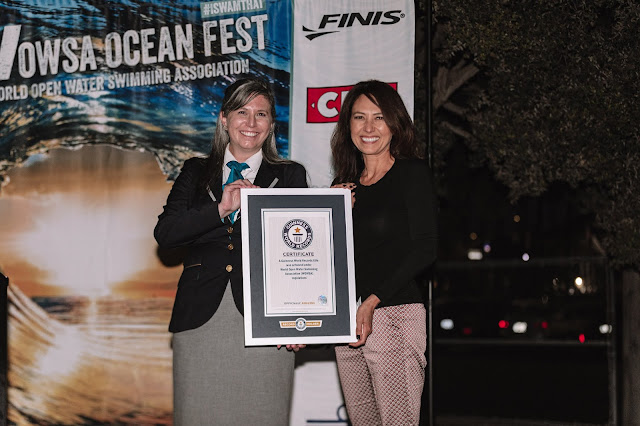 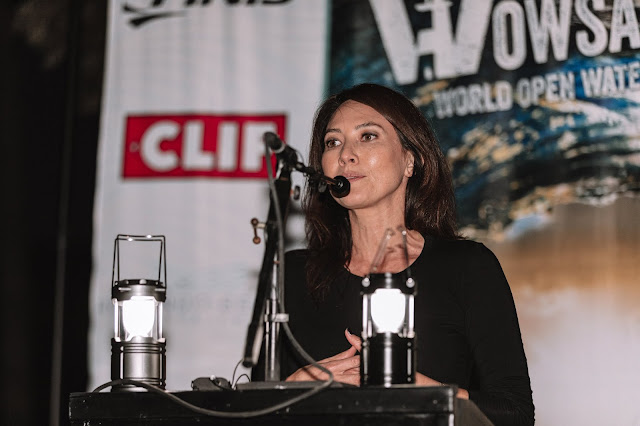 Andersen explained more about Ferguson’s swim around Easter Island and Plastic Oceans’ future plans, “Sarah’s swim launched our Swim Against Plastic campaign. In addition to Easter Island, we have had an open ocean swim event in Turkey and we have upcoming 120 km relay around Riviera Maya in Mexico.”