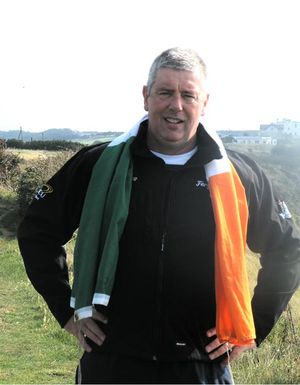 56-year-old Fergal Somerville from Dublin was among a number of Irish luminaries voted into the Hall of Fame – Marathon Swimming Ireland in its Class of 2020.

His North Channel crossing set the record for the earliest swim when he completed the 35 km channel in 12 hours 21 minutes on June 16th – after the coldest winter in Ireland in 62 years with the average water temperature of 9ºC.

The formal induction ceremony to honor Somerville will be held on February 29th 2020 in Kinsale, Co. Cork in conjunction with the Irish Long Distance Swimming Association Awards (register here).