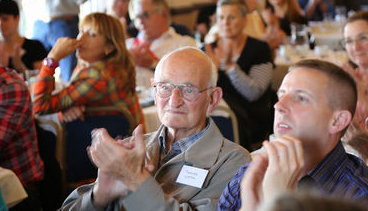 Watching Over Many, Impacting All

One of the greatest coaches of endurance swimmers, Tom Watch [with glasses on left] died at the age of 93.

Watch, a 1986 Honour Coach in the International Marathon Swimming Hall of Fame, was from Weymouth and had been ill for some time. Kevin Murphy recalls, “Tom was on the escort boat as coach when I completed my third two-way English Channel swim in 1987. I owed Tom a huge debt of gratitude for all he did to help me. He is somebody I was proud to have known and his passing is a great loss to the endurance swimming community.”

Watch coached English Channel swimmers for 56 years and was still offering advice and escorting swimmers at the age of 88. For over 60 years, Watch was an inspirational coach and knowledgeable mentor for marathon and channel swimmers needing support, training, encouragement and advice.

His coaching career began with Geoffrey Chapman in the 1951 Daily Mail Cross Channel race who was the first British swimmer to finish. Watch has accompanied more than 100 swimmers across the English Channel, not only from his native Weymouth, but also from across the world.

In 1965, he accompanied Phil Gollop, who became the youngest swimmer to cross at that time. Some of the swimmers he has mentored include Marc Newman [shown to the right of Watch in the photo above], Chad Hundeby who made the fastest Channel Swimming Association crossing on record at the time, Peter Jurzynski, Jacqui Hampson who was the youngest female at the time, Samantha Druce who at 12 years of age became the youngest of all time, and James ‘Doc’ Counsilman, who was the oldest at that time. In 1982, Watch was an observer on Jon Erikson’s historic three-way crossing of the English Channel.

Mervyn Sharp of Great Britain was a 2006 inductee in the International Marathon Swimming Hall of Fame and a former King of the Channel® with 7 crossings of the English Channel, done between 1967 and 1974. He recalls first meeting Watch. “I cannot remember all of our conversation, but I do remember explaining to Tom Watch that I had often read about English Channel swimmers, and maybe, just maybe, one day I would like to do the swim. But of course it was only a boyhood dream.

Tom told me in a joking kind of way, ‘Well Merv you look big enough and ugly enough, I cannot see why not if you are really serious.'” I remember cycling back home and then sitting down with my parents at the dinner table and I just said, ‘I have just be talking to Tom Watch and hopefully in the next year or two I may be swimming the English Channel.’“

He also previously serves as a Vice President of the Channel Swimming Association.

Murphy said, “Tom’s last outing in the Channel was as recently as 2016 when he accompanied Marc Newman on his inaugural Dungeness to Boulogne Channel swim in 2016.” 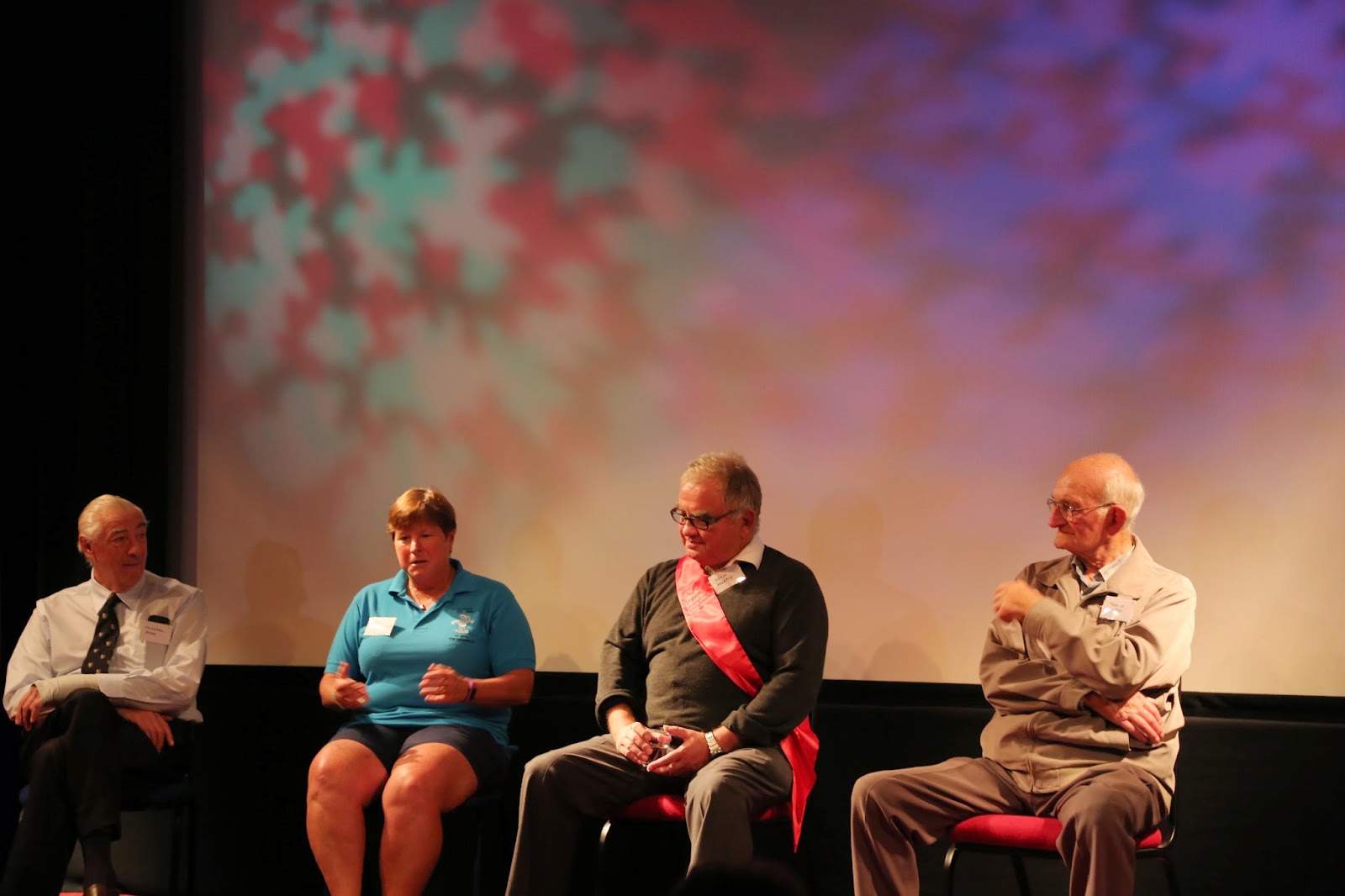 “Back during the 2014 Global Open Water Swimming Conference on the Isle of Bute, we were honored with the advice and presence of Michael Read, Sally Minty-Gravett, Kevin Murphy and Watch who participated in a wonderfully inspirational panel discussion about their swims across the English Channel,” said Steven Munatones. “They talked about their most difficult movements (e.g., “the last mile“), what they have eaten during a Channel swim (e.g., tinned peaches), and the joys of their sport.

Watch recalled his Channel crossing with Melvyn Sharp, “Melvyn used to eat chicken legs and dip them in the sea water for salt.”

Watch will be long remembered fondly in the Channel swimming community.